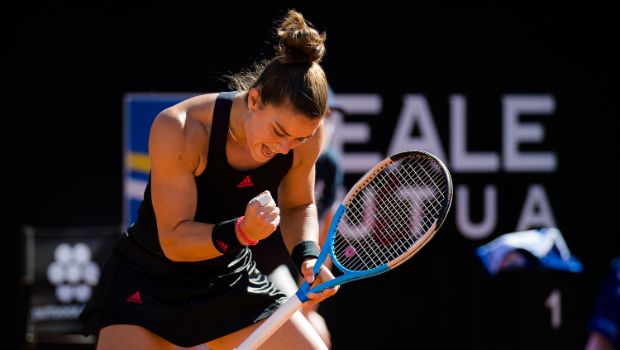 The singles field for the year-ending WTA Finals in Fort Worth is settled. Maria Sakkari booked the eighth and last spot in the prestigious season-ender by edging past Veronika Kudermetova in a grueling quarterfinal at the Guadalajara Open. The 51st edition of the WTA Tour Finals will take place at the Dickies Arena in Fort Worth, Texas. Fort Worth is the fifth US city to host the WTA Tour finals and the first since the 2005 edition from the Staples Centre in Los Angeles.

Let us look at the top five singles players competing at this year’s WTA Tour Finals in Fort Worth.

First on the list is Iga Swiatek, the dominant force in women’s tennis in 2022. Swiatek is the runaway leader of the rankings and sealed her place with months to spare. The 21-year-old player enjoyed a 37-match winning streak earlier this season on top of winning Grand Slams in Paris and New York. She also won the Sunshine Double of WTA 1000 events at Indian Wells and Miami this season.

Then comes no.1 Tunisian player Ons Jabeur. Jabeur claimed the world no.2 spot this season, notching her first WTA 1000 title in Madrid and a triumph in Berlin. The 28-year-old Tunisian also reached the Grand Slam finals at Wimbledon and the US Open. Jabeur would be hoping to make some more history in Fort Worth.

Jessica Pegula of America is third on the list. Pegula has reached the WTA Tour finals without a tournament win but she has been among the most consistent players in 2022. This year was Pegula’s career-best season as the 28-year-old American reached the quarterfinals at three of the four Grand Slams (Australian Open, Roland Garros, and US Open) in the current season. She also reached her first two WTA 1000 finals in Madrid and Guadalajara.

Fourth on the list is the American teenager Coco Gauff. Gauff reached her first Grand Slam singles final at Roland Garros on her way to breaking into the Top 10 for the first time this year. The 18-year-old is the youngest WTA Finals qualifier since 2005. Though Gauff has not won a title this season, she will be out to put something concrete to her perceived growth on the court.

The last player to look out for is Caroline Garcia of France. Garcia started the season outside the Top 70 but three title wins, including the Cincy Masters championship have helped her reach the finale. Garcia reached her first Grand Slam semifinal at the US Open.