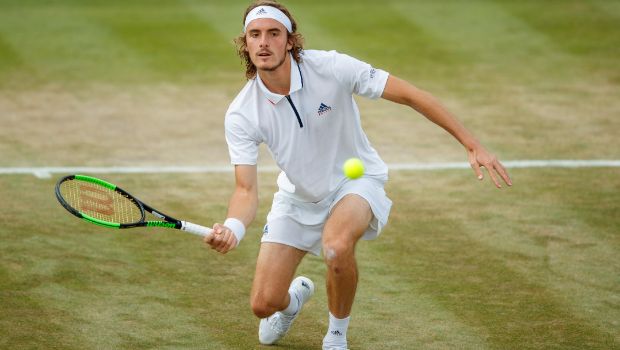 Greek star Stefanos Tsitsipas survived a huge scare on Sunday and found another level to defeat Italy’s Jannik Sinner in a five-set thriller at heaving Rod Laver Arena. Tsitsipas was forced to find another gear and play with all his experience to storm into a third consecutive Australia Open quarter-finals. A year after snubbing Sinner out in the quarters at Melbourne Park, Tsitsipas once again crushed the Italian’s hopes as he held firm to complete a gutsy 6-4, 6-4, 3-6, 4-6, 6-3 victory over dangerous Sinner. Third seed Tsitsipas battled for over four hours to extend his win streak this year to eight matches.

The three-times Australian Open semi-finalist will meet the Czech surprise package Jiri Lehecka for a place in the semi-finals. The 21-year-old unseeded player stunned sixth seed Felix Auger-Aliassime 4-6, 6-3, 7-6 (7/2), 7-6 (7/3) to reach the last eight. Lehecka is into the quarter-finals at a Grand Slam for the first time after being knocked out in the first round at all four majors last year.

The 24-year-old Greek player, who lost is the 2022 semi-finals to runner-up Danill Medvedev, is playing for a double prize this year. He is not only bidding to win a maiden major title but also for the World No.1 ranking. Sinner roared back strongly into the match after Tsitsipas dominated for the first two sets. But Tsitsipas found a way to capture the decisive break in the sixth game of the decider before sealing it in style with a cross-court forehand winner.

Tsitsipas started well by breaking Sinner in the first game, thanks to a baseline error from the Italian. The Greek then saved four break points in the next game and went on to seal the first set. Tsitsipas pounced for 5-4 with a sizzling cross-court forehand then served it out to take control.

But Sinner came storming back and Tsitsipas finally succumbed to fall 3-1 behind and lost the set. Sinner found his top gear and continued to threaten his opponent, converting his second break point when Tsitsipas sent a forehand wide to move 2-1 clear in the fourth set. The top seed had no answers and Sinner forced a decider.

Sinner saved three break points in the fourth game, but when Tsitsipas worked three more on his opponent’s next service game, he made no mistake. Tsitsipas stood strong to move 4-2 clear and ultimately won the match.