Wawrinka edged past Nakashima to reach the quarter-finals in Basel, Andy Murray knocked out 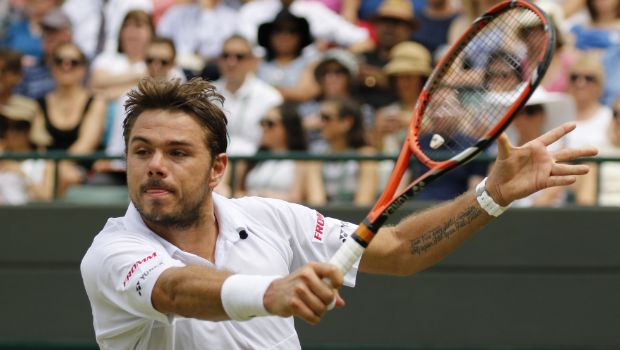 Stan Wawrinka stayed positive and dug deep to beat Brandon Nakashima 6-4, 5-7, 6-4 in the second round on Thursday. Wawrinka held his nerve and fought hard to secure a win after failing to serve out the match in the second set. Wawrinka delighted the home fans again at the Swiss Indoors by successfully facing down an inspired comeback from Nakashima of America. The former World No.3 Wawrinka reached the quarter-finals in Basel for the sixth time in 15 appearances.

Two days after a straight-set win over no.3 Casper Ruud, the 37-year-old Swiss player wasted a good chance for another efficient victory when he let slip a 5-3 lead in the second set. Nakashima bounced back to take four straight games to level the match. The 21-year-old American raised his levels with some high-octane baseline hitting to force a decider, but Wawrinka kept his cool and held firm to convert the only break point of the decider set.

Wawrinka hung with Nakashima in the decider then converted the only break point of the set to take a 5-4 lead. The three-time Grand Slam winner, now ranked No. 194 after injury-hit seasons, clinched the victory with a backhand winner. Wawrinka came victorious after battling it for two-hour and 12 minutes.

After sealing the victory, Wawrinka said that it was a really intense match and also a tough one as he faced Nakashima for the first time. The Swiss player admitted that Nakashima is a great player and he really battled well to stay in the contest. Wawrinka stated that it was not easy for him to come back in the decider set as the young American played so aggressively.

Wawrinka further added that he is playing much better tennis than in the past few months and the feeling is always special playing at home. Wawrinka thanked the home crowd for giving him amazing support. The Swiss star concluded that he feels really happy about the way he fought again and the way he came back.

Wawrinka will take on Roberto Bautista Agut in the quarterfinals on Friday. The sixth-seeded Bautista Agut stunned the three-time Grand Slam champion, Andy Murray, to seal his berth in the quarter-finals. The 34-year-old Spanish player eased to a straight set 6-3, 6-2 win over the British no.1 Murray. Wawrinka and Bautista Agut share a 1-1 ATP Head-to-Head series record, with Friday’s clash in Basel set to be their first meeting since 2019.