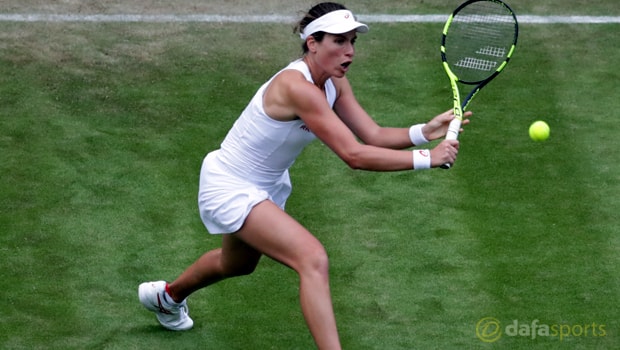 Johanna Konta says her main focus is to continue improving after booking her place in the second round of the Australian Open.

The British number one beat Belgium’s Kirsten Flipkens 7-5 6-2 on Tuesday and will now face Japan’s Naomi Osaka in the second round, following her battling 6-7 6-4 7-5 win over Thailand’s Luksika Kumkhum.

Konta reached the semi-finals in Melbourne 12 months ago and finds herself in excellent form having won last week in the city of her birth, Sydney.

Despite her pedigree, the world number nine has repeatedly played down her chances of winning a maiden Grand Slam over the next fortnight, insisting that she is still learning how to peak at the right time during the Grand Slams.

The 25-year-old has made significant strides in recent years and will be hoping for further progress in 2017, after only recently linking up with new coaches Wim Fissette and Andrew Fitzpatrick.

Although the scoreline suggests it was a fairly comfortable passage to the second round, Konta admits she had to battle hard against an experienced and often unpredictable opponent.

Rather than get ahead of herself, the two-time WTA Tour title winner says she is doing her best not to put extra pressure on her shoulders, as she feels enjoying the game is the key to helping her improve.

“It was incredibly tricky. She has the kind of game that can trouble any player,” said Konta.

“I tried to play myself into the match and I’m happy to be through.

A lot has happened in the last year and I’m just enjoying playing and trying to get better every day.”