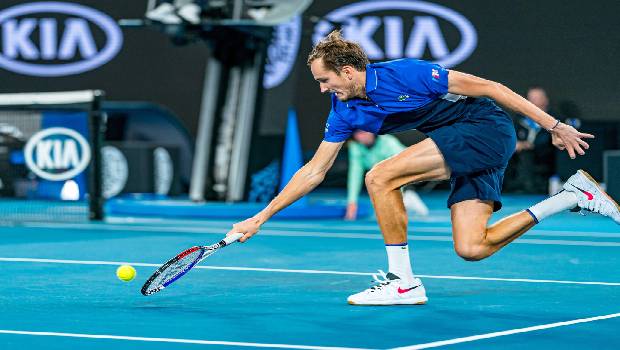 The Russian top-seed took the court following a long rain delay and wasted no time in showing the kind of form that he was in recent times. He went 4-0 up before taking the opening set. Filip Krajinovic , who was on the back foot, fought hard in the second set to take a 4-2 lead. But Medvedev found his momentum and speed to force a tie-break.

Medvedev dominated the tie-break to claim the win. Though Krajinovic played without any double faults, he was unable to come up front. While Medvedev won 9 points in a row, Krajinovic had only five.

The US Open champion played well with 70 percent of his first serves and fired four aces. Medvedev was lucky on the first set and raised his levels in the second. He delivered a dynamic performance to win the match. Medvedev increased his winning record to 50-10 this season. He will play Bulgaria’s Grigor Dimitrov in the fourth round.

Tommy Paul enjoyed the biggest win in his career after defeating Andrey Rublev at Indian Wells. Paul earned a hard-fought 6-4, 3 -6, 7-5 victory to reach the fourth round. Paul surprised everyone by beating the fourth seed Rublev. Only once in the game, the American was unsuccessful with his serve. Paul delivered a stellar performance in the decider set and secured an unforgettable win.

Andrey Rublev, who had success this season failed to find consistency in his play. Paul had 60 percent success on his first serves and fired 5 aces. Paul lost the second set by making few double faults but came back strong in the deciding set.
Paul came to serve with a 5-3 lead in the decider. He hit a long backhand approach shot on the match point. Rublev then broke his serve and played with high energy to equalize the clash. However, the world no.60 player remained calm and clinched the victory after battling for two hours and 24 minutes.