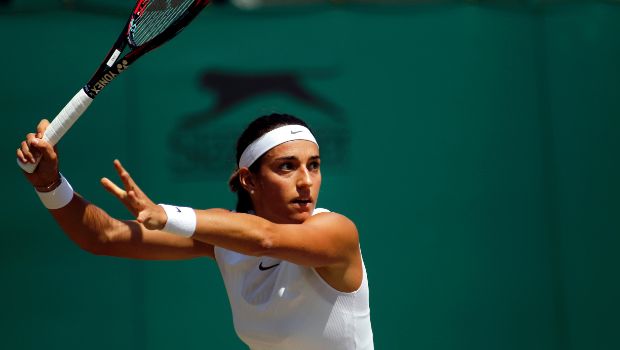 Caroline Garcia scripted history by claiming a dominating victory at the Western and Southern Open in Cincinnati. Caroline Garcia of France became the first qualifier to win a WTA 1000 title with her straight sets 6-2, 6-4 win over Czech’s Petra Kvitova. Garcia’s comprehensive win helped her to claim the third Masters Trophy of her career after back-to-back successes in Wuhan and Beijing almost five years ago. The world no.35 player is now set to return to the top 20 rankings for the first time since 2017. No qualifier had won a WTA 1000 title since the tier was created in 2009.

Garcia relied on her big weapons and played to her strengths to clinch her third title of the season in one hour and 42 minutes. She sent down 11 aces and saved all eight break points she faced. The 32-year-old Kvitova once again struggled with her serves against Garcia.

Garcia’s record of 33 victories this year is bettered only by Iga Swiatek (50), Simona Halep (39), and Ons Jabeur (38). Since coming back from a foot injury, Garcia has won three events on three different surfaces, one clay in Warsaw, where she beat world no.1 Swiatek, grass in Bad Homburg, and hardcourt in Cincinnati.

In the men’s singles final, Croatia’s Borna Coric claimed his maiden Masters 1000 crown after defeating Greek fourth seed Stefanos Tsitsipas in straight sets 7-6 (7-0), 6-2. Borna Coric, the world no.152, became the lowest-ranked player to claim a Masters 1000 Trophy. The previous holder of the record was then-world no.143 Roberto Carretero of Spain, who won in Hamburg in 1996.

The 25-year-old Croatian dropped just one set during his run to the championship match. Coric was absent for a year with a shoulder injury and returned to court in March. Coric defeated British no.1, Cameron Norrie, in Saturday’s semi-final after earlier dispatching top-seeded Rafael Nadal and Felix Auger-Aliassime.

Coric played well under pressure and bounced back to rally from 1-4 in the opening set. Coric continued to look the more focused and determined of the two players as he produced a courageous play in the second set to triumph in one hour and 57 minutes. Coric’s victory means he will now be seeded at the US Open.