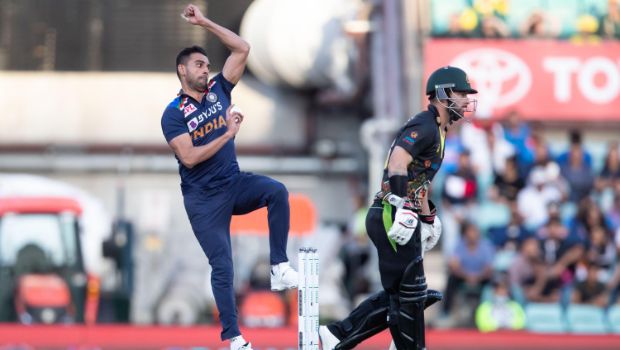 The Indian cricket team has been rocked by another injury as Deepak Chahar, who was among the stand-by players, has been ruled out of the marquee event in Australia. India’s wicket-taking bowler Chahar was expected to make the playing XI in the absence of Jasprit Bumrah but now he has been ruled out since his back injury will take more time to heal. Chahar did not play a single game in the recently concluded ODI series against South Africa due to back stiffness.

Chahar’s injury has further deepened India’s bowling worries because he can swing the ball both ways. A BCCI official said that Deepak’s back issue has flared up again and he will take some time to get fit. The official added that the pacer’s ankle is fine and there was not any problem. BCCI is sending three reinforcements.

Mohammed Shami, Mohammed Siraj, and Shardul Thakur are set to join the India squad in Australia. The team management has time till October 15 to announce Bumrah’s replacement, so they have time to check out the form and fitness of all three pacers. Shami with his pace and experience leads the race, but Siraj was in superb form in the ODI series against South Africa.

Siraj took five wickets and emerged as the player of the series. Thakur with his all-round skills will provide cover to Hardik Pandya. However, he is set to take Chahar’s spot on the stand-by list. The Indian fans would be praying that the Men in Blue must go through the tournament without further injuries.