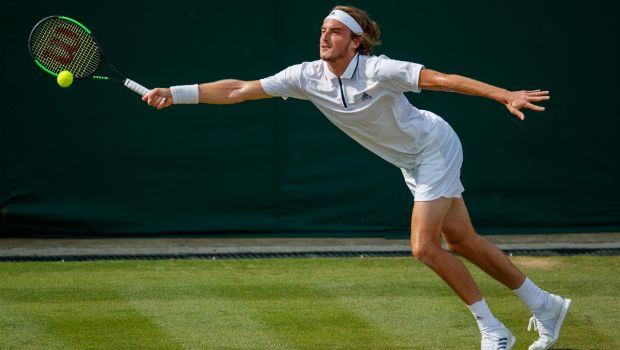 Stefanos Tsitsipas and Maria Sakkari defeated Croatia’s Borna Gojo and Petra Martic 7-6 (8-6) 6-4 in the mixed doubles match in the Perth City Finals and sealed a semifinal berth for Greece at the 2023 United Cup. Tsitsipas and Sakkari produced a brilliant performance and helped their team to claim the last available spot in the final four with a dramatic win in the final mixed doubles match of their tie against Croatia. Tsitsipas and Sakkari pulled through phenomenally, maintaining their unbeaten streaks.

Tsitsipas and Sakkari secured a much-needed 3-2 win in the doubles match after the four singles matches were split at 2-2. The Greek pair have experience playing together in Perth’s RAC Arena and kept up their excellent rapport in a crucial match. The straight sets win by Greece in the mixed doubles eliminated Croatia and helped Italy to go through as the highest-ranked losing team.

This was the second City Final on Wednesday that came down to a mixed doubles result. Earlier, world no.1 Iga Swiatek and Hubert Hurkacz clinched victory to lead Poland to the final four.

Earlier in the day, Donna Vekic of Croatia started off the tie with a dominant 6-2, 6-0 win against Despina Papamichail in 64 minutes. The 24-year-old Tsitsipas produced an excellent comeback from 4-1 down in the deciding set to beat Coric 6-0, 6-7(4), 7-5 and helped Greece draw level.

Later on, Sakkari delivered a fine serving performance to beat Martic 6-3, 6-3, and gave Greece a 2-1 lead in the tie. She won 73 percent of points through her first serves and was broken just once. Gojo hit back on Croatia’s behalf with an important win over No.803-ranked Stefanos Sakellaridis. With the win, Gojo completed an unbeaten Perth singles campaign. Gojo’s win helped Croatia to level the tie at 2-2, setting up the decisive mixed doubles match. The Greek pair secured it after battling for 1 hour and 34 minutes.

The final four teams in the inaugural United Cup are Greece, Poland, the United States, and Italy. The first semifinal between the United States and Poland will kick off on January 6 at 1 pm with Jessica Pegula taking on Swiatek.

Greece and Italy will lock horns in the second semifinal with the first match between Sakkari and Martina Trevisan. Their fixture will be followed by Michail Pervolarakis’ match against Musetti. The remaining matches of both semifinal ties will take place on January 7.