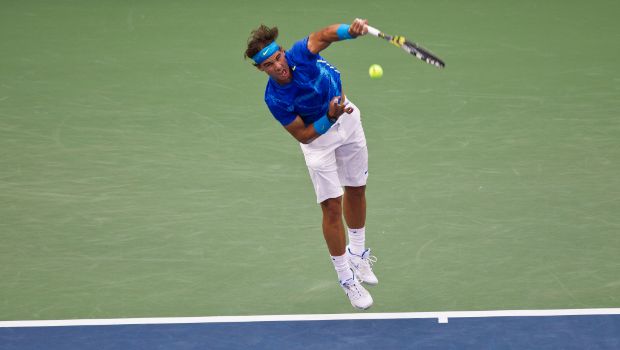 Rafael Nadal has not had the best of starts to a new 2023 season. Nadal’s form and performance on the hard court ahead of the Australian Open has come under the scanner as the Spaniard lost both his matches in the United Cup. Nadal lost to Australia’s Alex De Minaur in an exciting three-set thriller at Ken Rosewell Arena on Monday. The Australian showed great intent to defeat Nadal 3-6, 6-1, 7-5 and helped his team to take a 1-0 lead over Spain.

Nadal, who will be defending his Australian Open title showed glimpses of brilliance in his first match against Britain’s Cameron Norrie. But the 22-time Grand Slam champion suffered a 6-3, 3-6, 4-6 loss to the 27-year-old British player, following his return to action after an injury-hit 2022 season.

Nadal easily won the first set and looked good to make amends after losing to Norrie earlier this week. But de Minaur never looked upset and changed the momentum of the game by breaking the Spaniard’s serve four times in the second set. A sudden swift in the rhythm of the game pushed Nadal to the back foot. De Minaur capitalized well on the opportunities and forced a decider.

The deciding set was a closely-fought affair as the score-line once read 5-5. However, the 22-year-old Australian put his best foot forward and delivered all his skills to earn as many as three break points. Once de Minaur broke Nadal’s serve to make it 6-5 in the third set, he only had to hold his serve to go past the finish line and finally did it without having to break a sweat.

World no.2 Nadal was poor on his second serves, managing only 44 percent of points from them. The 36-year-old Spaniard has now won only one of his last seven matches on the ATP tour, a dead rubber round-robin stage victory over Casper Ruud at the ATP Finals. Nadal suffered other losses against Felix Auger-Aliassime, Taylor Fritz, Tommy Paul, and Frances Tiafoe.

Nadal will next be seen in action at the season’s first Grand Slam at Melbourne Park starting January 16. Nadal has to work hard to regain his form and must deliver his 100 percent skills and abilities to retain the Australian Open title.

Meanwhile, Stefanos Tsitsipas is having a dream run in the United Cup tournament. The world no.4 player defeated David Goffin in straight sets 6-3, 6-2 to make it 1-1 for Greece against Belgium.