Asia Cup 2022: India bounced back to play out a thriller 3-3 draw against Malaysia 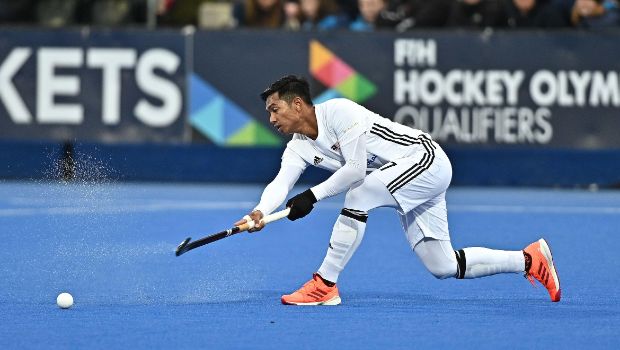 India fought back brilliantly to come from behind to hold Malaysia to a 3-3 draw in its second Asia Cup 2022 Super 4s match at the GBK Sports Complex Hockey Stadium. Earlier, Indian men eked out a superb 2-1 win over Japan in their first Super 4 encounter. The Indian team who played poorly in the first half was defensive and failed to attempt a single shot at the opponent’s goal. However, the young Indian players came back strongly in the latter half to launch some superb attacks and controlled the midfield well to score thrice.

With this win, India has claimed the second spot in the Super 4s standings. A well-deserved hat-trick from the Malaysian drag-flicker Razie Rahim helped his side to finish it as a draw. On the other side, Vishnukant Singh, SV Sunil, and Nilam Sanjeep Xess scored a goal each to lead India’s comeback.

Malaysia started to play an attacking game from the start and capitalized on the passive play by the Indian men. Though Indian men enjoyed a better ball possession, they managed to play a single shot at goal compared to Malaysia’s 8. The defenders conceded three easy penalty corners and put themselves on the back foot.

Rahim, the top goal-scorer in the tournament so far, smashed a powerful low drive to the left corner and caught the Indian goalkeeper Suraj Karkera wrongfooted to give Malaysia a lead of 1-0 in the 11th minute. Rahim yet again capitalized on the second penalty corner to put his side ahead with a score of 2-0.

Pankaj Rajak replaced Karkera in the second half of the game. India’s men won their first penalty corner of the match at the start of the third quarter. Vishnukant lifted the rebound to the top of the goal to make it 2-1.

Indian players combined well to mount back-to-back attacks but Malaysian goalkeeper Othman Hafizuddin stood strong to deny goals. India began the last quarter of play looking for an equalizer. Pawan Rajbhar stole a loose ball from the midfield and passed it to an unmarked Sunil, who made no mistake to find the net.