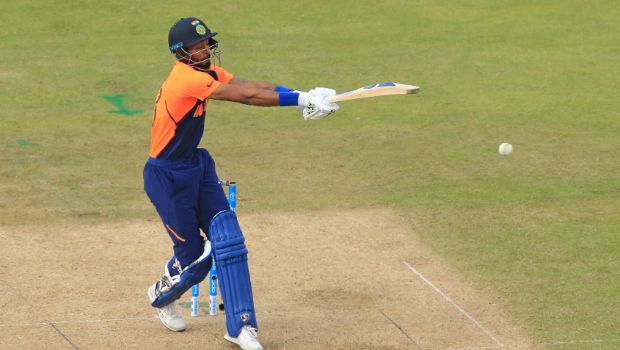 Gujarat Titans’ dream IPL debut saw a fairytale culmination. A clinical performance with the ball first and then with the bat guided the debutant franchise to lift their maiden IPL trophy. Gujarat Titans’ skipper Hardik Pandya led from the front with bowling figures of 3/17 and then scored 34 runs in the IPL 2022 final. Many may have written the Titans off after the auction. But The Titans found different match-winners throughout the season to end as the table-toppers at the end of the league stage. Gujarat Titans then went on to completely dominate Rajasthan Royals in both playoff matches.

Indian star all-rounder Hardik Pandya came up with his best performance of the season to hammer Rajasthan Royals in a big final. Pandya ended up with impressive figures after bowling tight lines and lengths with his impeccable medium-fast bowling. He did a brilliant job to restrict the Royals to 130/9 after Sanju Samson won the toss and chose to bat.

Pandya then made a crucial 34-runs off 30 balls and helped his side to reach the target of 131-runs with 11 balls to spare in front of a raucous crowd of more than 1,00,000 at the Narendra Modi Stadium.

Hardik Pandya received the Man of the Match award for his all-round heroics in the IPL final. In the process, the Indian star player became only the third captain of a franchise to win the MOTM award in an IPL final after Rohit Sharma and Anil Kumble. Rohit won the MOTM award while he batted well to lead Mumbai Indians to their 2nd title in IPL 2015. Though Kumble won the Player of the Match award, it came in a losing cause while he captained Royal Challengers Bangalore in IPL 2009.

Gujarat Titans bucked all pre-tournament predictions and surprised the cricketing world by clinching the IPL title in a dream maiden season. Though the Titans were not a team studded with star players, Pandya impressed everyone with his leadership qualities and got the best out of his colleagues. Pandya’s brilliant performance with the bat contributed immensely to the team’s triumph. Gujarat Titans had the ability to bounce back from any tough situation through the brilliance of David Miller and Rahul Tewatia.

Gavaskar names three players India should ‘invest in’ for future
Keemo Paul: From a utilitarian choice to a match winner for Delhi
Chance For KL Rahul To Seal Opener's Spot : IN vs WI