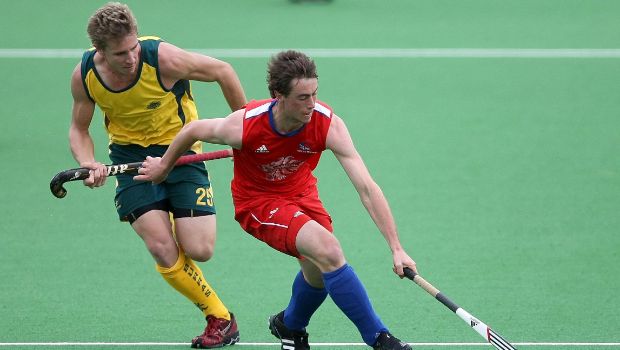 Australia men’s hockey team crushed the Indian men 7-0 in the men’s hockey final of the CWG 2022 on Monday. Australian men once again proved that they are the best in the world by winning the gold medal for the seventh straight time at the Commonwealth Games. India offered a meek surrender to predatory Australia in a one-sided clash. Goals from Tom Wickham, Blake Govers, Fynn Ogilvie, and braces from Nathan Ephraums and Jacob Anderson helped Australia to defend its gold medal with absolute perfection. Men in blue, who was expected to give a tough fight, finished the showpiece event without scoring and took the silver.

The score line could have been higher in Australia’s favor, but India goalkeeper PR Sreejesh produced some stunning saves in the grand finale. The likes of Indian star players Manpreet Singh and Harmanpreet Singh were kept silent. Such was Australian men’s domination as men in blue failed to win even a single penalty corner throughout the match. The Indian defense was torn apart while the offense looked non-existent.

Australian men showed sheer dominance as they played an attacking game from the first minute. Australia earned three penalty corners inside nine minutes and successfully converted the third attempt to make it 1-0. Govers took the drag flick, and the ball deflected off Sreejesh’s left pad and settled into the net.

Five minutes later, the men in yellow doubled the lead with an unbelievable counter-attack. Ogilvie took the ball inside the D, put it through Sreejesh’s legs and Ephraums provided the finishing touch. Australian men bossed the first quarter.

Though the Indian men played well with some good steals, they failed to reach the Australian D. Anderson made it 3-0 with the easiest of the tap-ins in the 22nd minute. Four minutes later, the men in yellow produced a brilliant field goal to make it 4-0. Timothy Brand put the ball through for an unmarked Wickham who cleverly deflected it past Sreejesh.

More misery for India as Nilakanta got a green card and a two-minute suspension. Australia capitalized on it and they scored their fifth in the next minute as the Indian defense has been shredded to bits. Sreejesh made the save but on the rebound, Anderson shot the ball past him.

Australia made it 6-0 when Ephraums put in the dive to get the ball past Sreejesh. Ogilvie made it seventh heaven for Australia when Brand found him at the far post for a tap-in. A humiliating defeat for India.