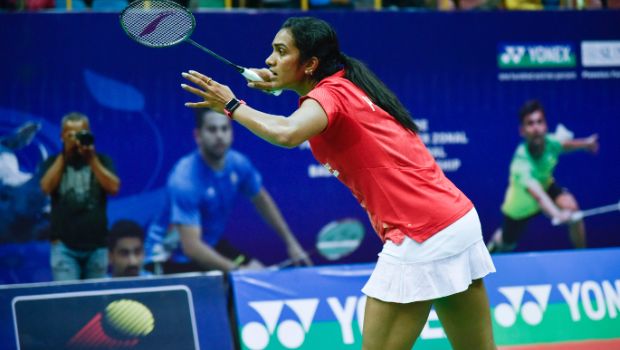 Two-time Olympic medalist PV Sindhu and Indian rising star Lakshya Sen will seek consistency when they headline India’s charge at the Indonesian Open Super 1000 badminton tournament that begins today. Both Sindhu and Sen would face difficulties in their opening round matches as one of the biggest BWF World Tour events have returned to the iconic Isotran Senayan in Jakarta after three years. Indonesian Open will be the second Super 1000 tournament of 2022 after the All England Open.

The former world champion Sindhu has managed to win two Super 300 titles this year. But the Indian shuttler has been struggling against top-ranked players. Sindhu had experienced defeats at the hands of Chinese Chen Yu Fei and An Se Young of Korea. Last week, she lost her quarterfinal match against Thailand’s Ratchanok Inthanon in straight games at the Indonesian Masters Super 500 event.

However, Sindhu is well known for raising her game level in big events and she will look to bounce back strong. Sindhu hopes to gear up for next month’s Commonwealth Games with another fine show at the Indonesian Open. Sindhu, seeded seventh, will face He Bingjiao in her first-round match. Though the Chinese hold a 9-8 lead in the head-to-head record, the Indian star will play with confidence as she had beaten Bingjiao at Badminton Asia Championship.

On the other side, Lakshya Sen who produced some stunning and excellent performances against top-seeds in recent times needs consistency in his game. Sen is known for his fighting spirit on the court, but he goes down by making some unforced errors. The 20-year-old Indian player went down in the quarterfinal of the Indonesian Masters against men’s singles finalist Chou Tien Chen. Sen has a challenging first-round match against compatriot HS Prannoy.

Both played crucial roles in India’s recent Thomas Cup triumph. The two have played each other twice in the BWF World Tour with Lakshya Sen winning both the matches. And those two matches were played this year, one at the India Open and the other at German Open. Sen eventually reached the finals of both the events but managed to secure the title at the Indian Open.

The big names who have withdrawn from the event are Saina Nehwal in women’s singles, and Chirag Shetty and Satwiksairaj Rankireddy in men’s doubles. Third-seed Anders Antonsen of Denmark is also not competing at the Super 1000 event.