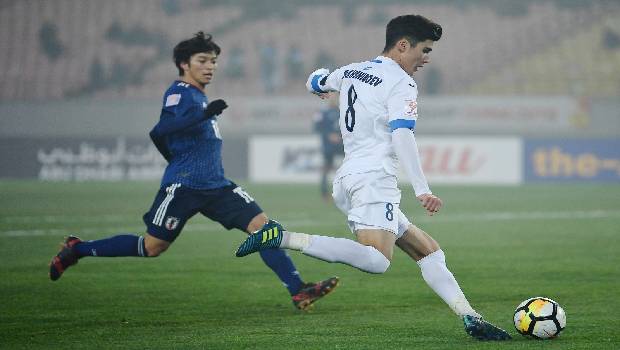 Real Madrid dominated the game in both halves but required a penalty to level the scores. Sheriff strikers played with good confidence and a positive attitude against the Spanish giants. While Sheriff had only 24 percent of possession, Real Madrid played with 76 percent. But Sheriff took a 1-0 lead after Uzbek midfielder Yakhshiboev scored the opening goal with an excellent header in the 25th minute. Yakhshiboev ran in and made a fine header to the cross that came from Cristiano. He narrowly missed a chance to double the lead later in the first half.

Real Madrid played with more accuracy to find the equalizer. Real Madrid’s winger Vinicius, who proved himself a great threat, went down after a challenge by the Sheriff defender. The match referee awarded the penalty after confirming with the VAR. Karim Benzema took the responsibility and converted the spot-kick with ease.

Real Madrid played with faith to score the winner, but Sheriff’s defense was disciplined and never allowed Madrid strikers to break through. Sheriff goalkeeper Giorgos Athanasiadis was strong before the net and made many saves to keep his team in the hunt.

When Real Madrid strikers were searching for the second goal, Sebastien Thill scored an outstanding goal for Sheriff Tiraspol in the 89th minute of the game. Sebastien Thill was presented with a flick off a throw-in, which he smashed into the top corner of the net from the edge of the box. Thill scored a historical goal and helped his team to beat the 13-times European champions.

While Real Madrid played 30 shots on goal and 11 on target, Sheriff had only four attempts on goal. The under-dogs were lucky as they scored two of three shots on target. Real Madrid had 13 corners, but the sheriff failed to win a single corner in the whole play. Moldovan football club Sheriff Tiraspol founded in 1997, are the toppers of Group D with six points. Real Madrid holds second place with three points.

Euro 2020: Belgium’s comeback against Denmark lifts them to Knock-out Stage
Premier League: Devastating Manchester City destroy Leeds United to extend their lead
Virat Kohli loses his cool when asked whether he needs to tone down the aggression