Stanway’s extra-time stunner sends England through to the semifinals 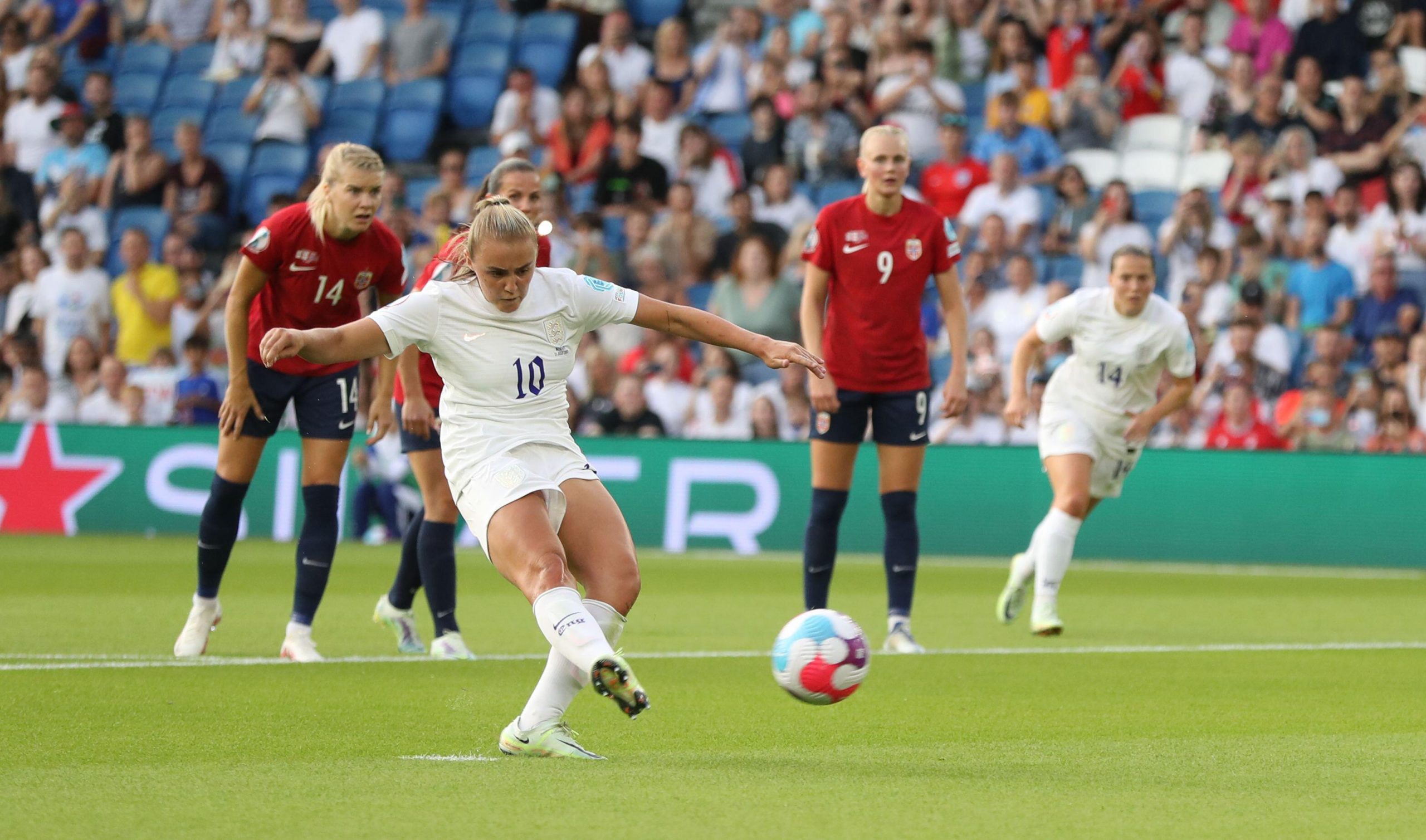 England bounced back from behind in dramatic fashion to beat Spain 2-1 at the Falmer Stadium and advanced to the 2022 Women’s Euro semifinals. The Lionesses were minutes away from a heart-breaking defeat but a late second-half goal from Ella Toone equalized the score. A splendid winner by Georgia Stanway in extra time fired the hosts into the last four. England produced a dramatic comeback to go past a resilient Spain team in their quarterfinal match in Brighton. The Lionesses aim to lift the trophy on their home soil. England women are into the semis for a second straight time at the Euro championship.

Both teams played smart technical football at a high tempo throughout the game. Though England looked to be the favorites, Spain gave a tough fight and never made it easy for the hosts. England women thought that they had taken the lead Ellen White shot the ball in the back of the net towards the end of the first half. But the goal was ruled out for offside and the match remained goalless into the break.

Spain played a sharp game throughout going forward and scored a deserved opener in the 53rd minute. Athenea del Castillo broke in from the right and nutmegged Daly on the edge of the area. She cut the ball back to Esther Gonzalez, who had enough space to turn and drag a low shot past Mary Earps to make it 1-0. The goal was the first allowed by the Lionesses’ defense in 482 minutes of play.

After fighting hard against Jorge Vilda’s well-organized Spain side, the hosts finally scored the equalizer in the 84th minute. Stanway played a good pass to Hemp on the right corner of the box. She moved onto her left foot and floated a deep cross towards the far post, where Russo fought to win a header against Paredes. The ball bounced off Russo towards Toone, who steered a volley past Panos from five yards.

Toone’s equalizer forced the game into extra time. In the first period of extra time, Stanway scored a spectacular goal to put England ahead 2-1. Walsh picked up a loose ball in midfield and fed it quickly to Stanway. Bayern Munich’s forward ran at a backpedaling defense and then smashed a rising drive across Panos.

England is now undefeated in all 18 matches since Wiegman took charge as manager. The Lionesses will play either Sweden or Belgium in the semifinals.