Posted by Dafabet Sports on September 7, 2022 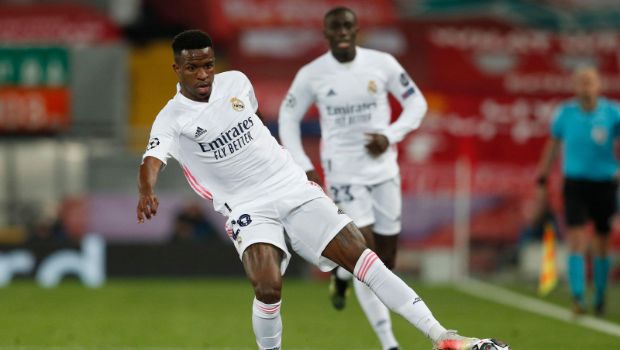 Real Madrid registered a comfortable 3-0 victory over Celtic at Celtic Park, Glasgow, on Tuesday. The defending champions of the Champion League overcame an impressive Celtic performance to start their title defense with a win. After the hosts endured a series of near-misses, Madrid made their opponent pay with goals from Vinicius Junior, Luka Modric, and Eden Hazard in the second half of the Group F encounter. A dominant second-half display from Real Madrid gave it’s boss Carlo Ancelotti his first ever win at Celtic Park.

Real Madrid’s star striker Karim Benzema picked up an injury and was forced off the field after 30 minutes of the play. Later on, Ancelotti intimated that the injury does not seem very serious. The French striker’s injury was not the only thing that troubled Madrid in an action-packed first 45 minutes in front of a raucous home crowd.

Celtic made a furious start and gave Madrid all they could handle in the first half. The visitors struggled to get to grips as the Scottish champions showed great intensity both with their pressing and the speed of their counter-attacks. The hosts threatened a major upset as they gave the title holders a real scare in the first half, though went into the break with nothing to show for it.

Israeli Liel Abada failed to score from a couple of good opportunities. The first shot deflected behind off Eder Militao while the other was shot straight to Madrid goalkeeper Thibaut Courtois. Celtic captain Callum McGregor saw his effort cannon back off the woodwork.

Daizen Maeda should have scored for the hosts early in the second half but fluffed his lines in front of goal. And Celtic was soon made to pay. Vinicius scored the opener for Madrid in the 56th minute. Federico Valverde put in an inviting low cross from the right and unmarked Vinicius arrived at the back post for a composed finish.

Four minutes later, Madrid doubled the lead with a clinical counter-attack. Hazard showed glimpses of his best with a run through midfield before finding Modric, who bagged the goal with an easy finishing from the six-yard box.

Hazard then got himself on the scoresheet in the 77th minute with his second Champions League goal. Kroos fired a ball over the Celtic defense, into the path of Dani Carvajal, who cut back for Hazard to tap in with ease. Real Madrid proved to be ruthless and outclassed Celtic in the second half.