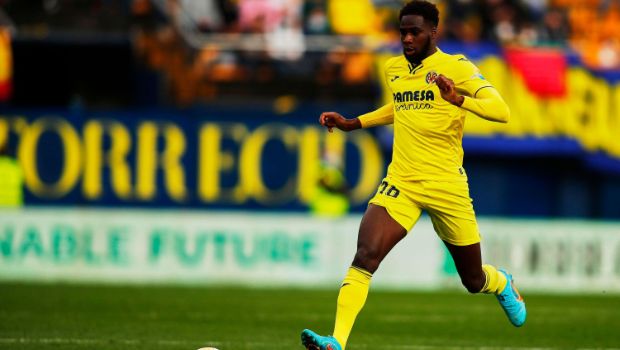 Liverpool fought well to overcome a rocky first half to surpass Villarreal 3-2 on Tuesday night at EI Madrigal. Liverpool sealed their berth in the Champions League final by winning the tie against Villarreal 5-2 on aggregate. Though Liverpool came into the match up 2-0 on aggregate from the first leg, they quickly went behind after their LaLiga opponent led the first half with a score of 2-0.

Boulaye Dia gave Villarreal a very early lead by scoring the opener on the 3rd minute of the game. The Senegal forward pounced on Etienne Capoue’s cross-shot to give the hosts a lead in the second-leg.

The Reds looked frustrated throughout the remainder of the first half as they failed to get a single shot on target. Villarreal doubled their lead just before the break –time when Francis Coquelin scored from an excellent header to level the tie on aggregate. Villarreal completely outplayed the Reds during the first half of their semi-final second leg.

At the start of the second half, Colombian winger Luis Diaz came on to the field, replacing Diogo Jota. The Reds looked to jumpstart their attack and bounce back strong in the second half. Liverpool managed to score their first goal in the 62nd minute, as Fabinho’s powerful shot settled in the net after passing through Villarreal goalkeeper Geronimo Rulli’s legs.

Five minutes later, Substitute Diaz presence was felt, as he headed Trent Alexander-Arnold’s cross down and through Rulli’s legs again to level the scores. The Reds’ second goal of the night gave them a 4-2 aggregate lead they would not relinquish. It was again Rulli, who made another blunder to gift Liverpool their third of the night. He was caught way out of his penalty area and that allowed Sadio Mane to beat him and fire the ball into an open net to clinch the victory.

Liverpool, who won the 2018-19 Champions League title, will play either Manchester City or Real Madrid on the final in Paris. Jurgen Klopp’s side has been prolific in 2021-22, scoring 139 goals in 57 games in all competitions, their highest-ever total in a single season in club history.

The victory also keeps Liverpool’s hopes alive for a Quadruple, having already won the Carabao Cup and still in contention for the Premier League, UCL and FA Cup titles. Liverpool is the first English club to reach the final of the Champions League, FA Cup, and League Cup in the same season.