Premier League: Chelsea is set to finish third after a draw against Leicester City 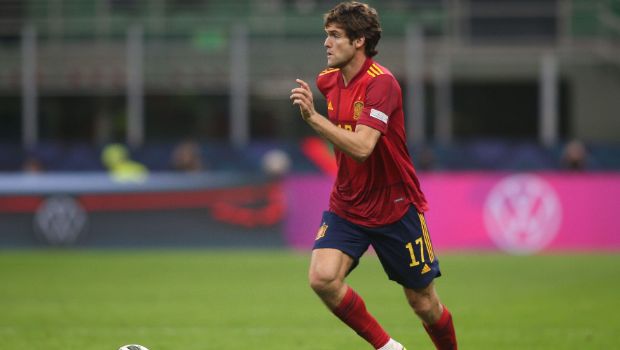 Chelsea managed to draw 1-1 with Leicester City to effectively seal the third place in the Premier League. The Blues’ defender Marco Alonso scored a glorious equalizer to earn his side a home draw with Leicester City at Stamford Bridge. The Blues are assured of the third spot ahead of the final round of fixtures. A draw against Leicester lifted Chelsea to 71 points, 19 behind leaders Manchester City and three ahead of Tottenham Hotspur in fourth. But the Blues’ far superior goal difference of 18 means Spurs have no realistic chance to overtake them.

Chelsea finishing third in the Premier League should be seen as a “miracle” as the Blues have been struggling for most of the season without their star player N’Golo Kante. The French central midfielder has missed more than half the season with various injuries. Kante is the player who makes the difference on the field. The Frenchman played only 40% of the games and he needs to be on the field to earn wins.

Chelsea, beaten in the FA Cup final by Liverpool, fell behind early when James Maddison scored the opener in the 6th minute of the game. Leicester was lucky as it was the only effort on target throughout the game. Kasper Schmeichel played a sweeping long ball to Timothy Castagne and his deflected pass fell into the path of Maddison who curled a fine shot beyond goalkeeper Edouard Mendy.

However, Alonso found the equalizer towards the end of the first half when he was picked out superbly by Reece James. James flighted a ball to the back post and the Spaniard was there to connect cleanly and find the back of the net. Both teams went into the break at 1-1.

Chelsea dominated the second half with 68 percent possession and 92 percent pass accuracy. Though the Blues had numerous chances to take all three points, they failed to find the net successfully. Thiago Silva sent a raking ball into the box area but Hakim Ziyech failed to connect it well as Chelsea sought to turn their dominance into goals. Ziyech once again went close with a free-kick while Romelu headed wide.

Christian Pulisic missed a glorious chance to score the winner for Chelsea. He completely missed by playing a wide shot from eight yards with the goal at his mercy. The Blues will play Watford on May 22 to finish the season. Leicester, who are ninth, will look to cement a top-10 finish when they host Southampton on the same night.