Posted by Dafabet Sports on December 2, 2021 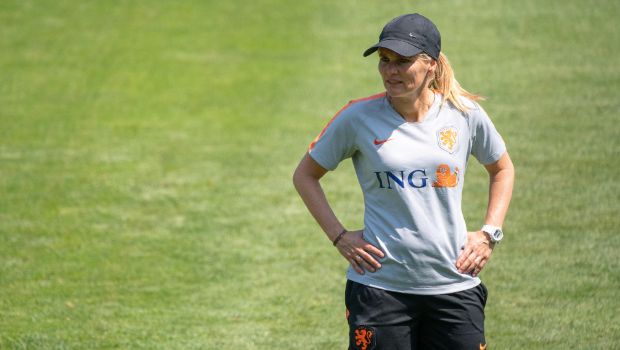 England Women scripted history with an incredible 20-0 victory over Latvia at the Keepmoat Stadium. The British Women chalked up their biggest ever victory after humiliating Latvia in a Women’s World Cup qualifier clash. England Women registered their biggest win margin in history, beating the Lionesses, who smashed Hungary 13-0 in 2005. Australia holds the record for biggest victory in an international match. Australia thrashed American Samoa 31-0 in the 2002 World Cup qualifier match.

Sarina Wiegman’s side dominated throughout the game to maintain their perfect record in Group D and sealed a record-breaking win. Ellen White, Lauren Hemp, Beth Mead and Alessia Russo all scored hat-tricks to crush Latvia. Bethany England finished with a double. Ella Toone, Georgia Stanway, Jessica Carter, Jill Scott, and Jordan Nobbs added one each to complete the demolition.

Ellen White scored twice inside the first 10 minutes. White scored her third with a right-footed shot from the edge of the box. A poor goalkeeping from Alina Sklemenova, as she bats the ball into her own net. Ten different players found the back of the net in a one-way encounter. The 21-year-old Hemp struck four times for her first goals in England shirt. Carter scored her first international goal.

It was night of celebrations for England team and their fans. England started to do the damage from the opening stages itself. The British women rained goals from 3rd minute of the play till 80th minute. England controlled the game with 86 percent of the possession. While England fired 63 shots at goal, Latvia failed to play a single shot.

England Women have now scored 53 goals in the qualifying campaign without conceding. The British Women have kept their goalkeeper Mary Earps virtually unemployed. England remain at the top of their World Cup qualifying group with a maximum 18 points. England Women have registered six wins from six games. They are ahead of Austria and Northern Ireland, who have scored 13 points.

Latvia are at the bottom without a point. Latvia has conceded 46 goals and scored only twice in their five matches. Australia and New Zealand host the Women’s World Cup, which is scheduled to take place in the summer of 2023.