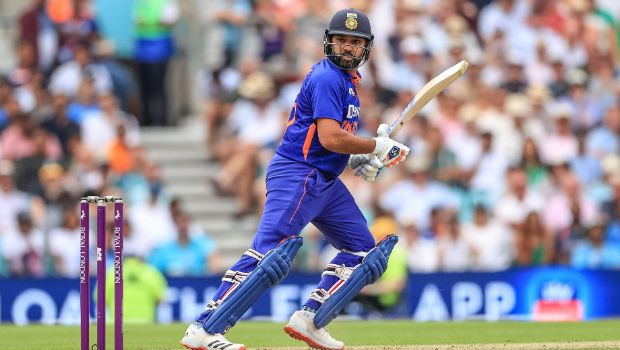 India will take on England in the second semi-final of the T20 World Cup at the Adelaide Oval today, starting at 1:30 pm. In a pre-match press conference on Wednesday, India skipper Rohit Sharma was questioned about Rishabh Pant’s return to the playing XI just before the World Cup semi-final. Pant had a forgetful outing against Zimbabwe as the left-handed batter was dismissed for just 3.

Rohit said that Pant was the only player who did not get to play in this tournament at all except for the two unofficial practice games that India played in Perth. The Indian captain stated that since then the wicket-keeper batter has not had a hit, and he was the only batter who was missing some game time, so the team management wanted to give him some time and have some options as well.

Rohit said that if the team wants to make some changes in the semis or the finals, they should be able to do that. Rohit further explained that right from the beginning all the players have been given instructions to be ready for whichever game they have to play, whether it is semis, final, or lead games. The players have got to be ready for it.

Rohit expressed that he wanted to give Pant an opportunity to counter some of the spinners who will bowl in the middle overs for England. Rohit concluded that he would not be able to tell who will be playing in the squad but both the wicket-keepers will be in play for sure.

ICC World Cup 2019: How do the Indian spinners stack up against others?
CSK vs SRH, IPL 2019: Shane Watson's 96 helps CSK maintain their record
Another proud moment for India by Mary Kom