Posted by Dafabet Sports on September 2, 2022 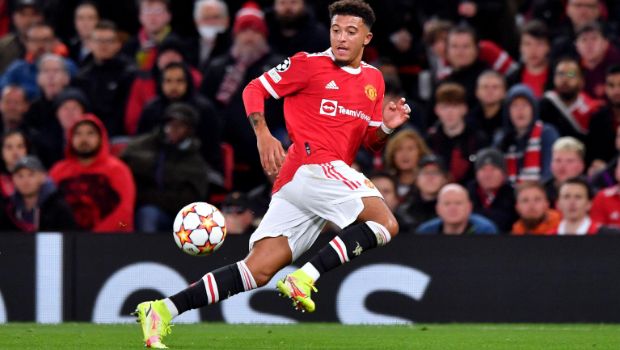 Manchester United beat Leicester City 1-0 on Thursday night at the King Power Stadium for their third win in a row. Jadon Sancho scored the game’s lone goal and fired Manchester United to a significant Premier League victory. England forward player proved that he still has a role to play in the team despite United officially confirming their £82 million ($94 million) big-money signing for Brazilian winger Antony. Erik ten Hag’s side came into the match with both captain Harry Maguire and star striker Cristiano Ronaldo left out of the starting XI for the third game in a row.

Manchester United hit Leicester on a quick counter-attack midway through the first half. Christian Eriksen threatened an early United goal with a low strike but the ball went just wide of the net. A few moments later, it was Sancho who put United ahead by scoring an opener in the 23rd minute.

Bruno Fernandes and Marcus Rashford combined to carve Leicester open. Rashford threaded the ball to Sancho who rounded Leicester keeper Danny Ward with his first touch and shot the ball into an empty net. Sancho scored his second goal of the season. Leicester boss Brendan Rodgers shook his head in frustration as Eriksen cut through his defense moments later, only for Ward to save this time.

James Maddison went close for Leicester with a superb free-kick but United’s keeper David de Gea produced an excellent one-handed save to deny the goal. The hosts struggled to penetrate through their opponent’s defense and create chances. United continued to push forward throughout the first half and took their 1-0 lead into the break.

Leicester started well and chased for an equalizer in the second half. Ronaldo came on to the field in place of Sancho and looked lively, setting up Rashford for a chance in the 82nd minute. But Rashford’s shot bounced and went far post. Ronaldo nearly stole the spotlight in the closing stages with an acrobatic bicycle kick that drifted just wide.

Leicester had an excellent opportunity to level the scores. But defender James Justin blasted high and wide from a promising position on the right as United hung on with the lead to secure back-to-back away victories.

Manchester United moved into fifth place in the Premier League table with nine points, one ahead of rivals Liverpool. Winless Leicester sits at the bottom with just taking a single point from their first five games. Leicester City has recorded their worst start since 1994.