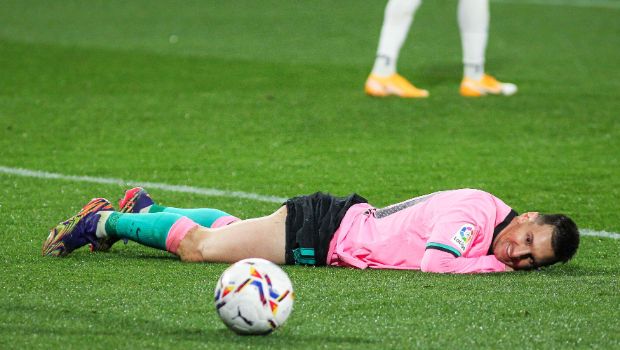 Argentina secured its spot in the 2022 World Cup final with a ruthless 3-0 win over Croatia at Lusail Stadium. Argentina and Lionel Messi are just one win away to end their long wait to win the World Cup. A win then would end Argentina’s 36-year-long wait to lift this prestigious trophy, while for Messi it would be the crowning moment of an already glittering playing career. Fans witnessed a vintage Messi who was so brilliant on the field and put on a sensational show to help his team reach the finals for the sixth time.

The Argentina captain finished the game with a goal and a magic assist. He also won his third man of the match award in a row. Argentina forward Julian Alvarez produced an excellent performance and struck two goals for the two-time champions.

Runners-up four years ago in Russia, Croatia have established themselves as specialists in taking knockout matches so deep, eight of their last nine in major tournaments going to extra-time. But that never looked likely as Argentina took complete control of the game after scoring the opener. Croatia circulated the ball well but struggled to find a way into the Argentina box.

The match referee awarded Argentina an easy chance to take the lead when Alvarez was brought down by Croatian goalkeeper Dominik Livakovic inside the box. Messi broke the deadlock by scoring the opener in the 34th minute, his fifth of the tournament. Five minutes later, Alvarez doubled Argentina’s lead with a superb solo goal. He picked up a Messi pass in his own half, sprinted 50 meters, and stormed into the Croatia box, before lifting it into the back of the net. Thanks to two lucky bounces and some sloppy defending from Croatia.

Livakovic, who had carried Croatia into the semifinals with saves in their penalty shootout win against Brazil, stood strong to stop an Alexis Mac Allister header just before half-time. Argentina never allowed the 2018 finalists Croatia to make a comeback after the break. The game was all over for Croatia when Alvarez made it 3-0 in the 69th minute.

Messi brought out his vintage self to create the chance. That was truly sensational from Messi, who tricked his way past defender Gvardiol on the right to pick out his teammate in the box. Messi leads the Golden Boot standings with five goals under his name. Argentina will play either defending champion France or Morocco in the summit clash on Sunday.

Ranji 5th Round Review
2022 Winter Olympics Women’s Ice Hockey: Canada triumphs over USA to reclaim the gold
Leicester City are through to Europa League’s last 32 with a draw against Braga