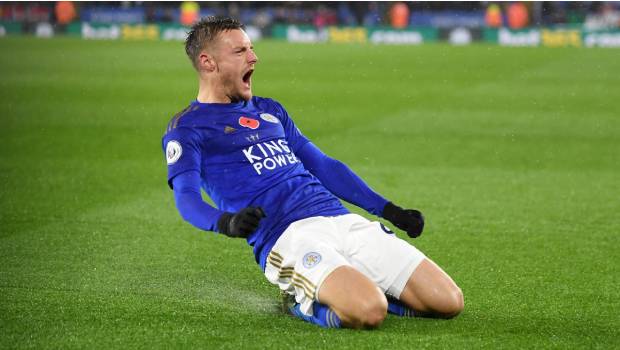 Jamie Vardy scored a dramatic goal during the extra time of second-half to draw the match against Braga and send Leicester to Europa League’s knockout stage. The Foxes with a decent performance overall came from behind Braga three times to draw.

Ali Musrati scored the first goal of the match in the 4th minute and later Harvey Barnes equalized the score 9 minutes into the game. But soon after Braga went ahead of Leicester courtesy of a goal from Paulinho at the 24th minute.

The game’s first-half ended with a score of 2-1 with the Braga having the lead over the visitors. At the 78th minute, the game was again leveled with Luke Thomas netting the ball. But Braga took the lead again from Fransergio’s goal during the last minute of the official playing time. As everyone thought Braga would clinch the victory Jamie Vardy pulled a shocker and scored a goal at injury time and denied Braga a win at their home ground.

As Zorya Luhansk won their match 3-0 in the group’s other game made sure a draw was enough for the Foxes to progress in the league. Much of the key players did not start the game for Leicester as they could have felt their previous meeting with Braga in which they won 4-0 was enough.

Brendan Rogers’ side has to be indebted to the team’s captain-goalkeeper Kasper Schmeichel for keeping them in the hunt during the game until the substitutes turned the game for the visitors. Schmeichel on the course of the game denied Paulinho a goal on three instances and Horta on another.

On the other hand, Braga with a lead going into the second-half fully deserved a win from this encounter if not for Vardy’s late goal.

The turning point for the visitors during the match was when Brendan Rogers brought in Wesley Fofana and Youri Tielemans in the earlier part of half-time introductions and Vardy and James Maddison’s introduction in the later part which eventually gave them the much-needed draw they were looking for in the final moments of the game.

Another win for Leicester City will clinch the group but having crossed all the games in flying colours their manager can make some experimental changes in the final two games as they will be facing much weaker teams.