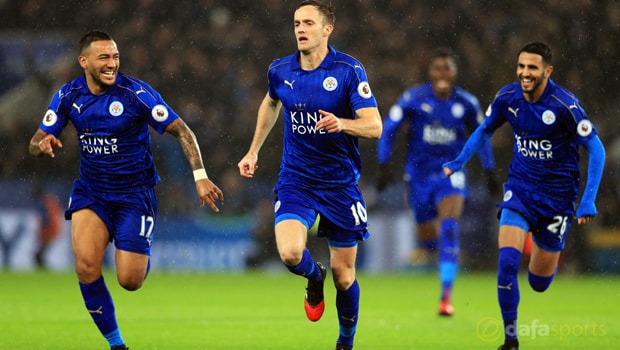 The Foxes have endured a miserable defence of their Premier League crown, leading to speculation on the future of manager Claudio Ranieri as well as heightened scrutiny on the Leicester players.

Ranieri made 10 changes to his starting side for the replay with Steve McClaren’s team on Wednesday and, while King headed them ahead in the second half, it took extra-time goals from Wilfred Ndidi and Demarai Gray to see off the Rams.

Leicester are one point above the relegation zone having won two of their past 15 Premier League matches.

They are without a league win in 2017, and the club’s hierarchy were forced to release a statement on Tuesday giving their “unwavering support” to the 65-year-old Italian boss Ranieri in the face of mounting speculation he could be sacked.

Wales international King has been at Leicester since they were a League One club and he says they are up for the challenge.

“We showed the fight we have got in the squad,” he said after the FA Cup fourth-round win.

“It’s been a tough few weeks and we’ve been getting a lot of criticism. It was important to get a win to try to kick-start some form to take into the league.”

The Foxes face League One side Millwall in the FA Cup last 16 while they also have a Champions League last-16 tie against Sevilla looming.

Avoiding relegation is the key, says King, but he believes they could still write another famous chapter with a cup run.

“We have 14 massive games left in the league but now we are through in a couple of rounds of the cup.

Why can’t we create another journey this season?” he added. Leicester are 3.50 to be relegated this season while they are 17.00 to lift the FA Cup.