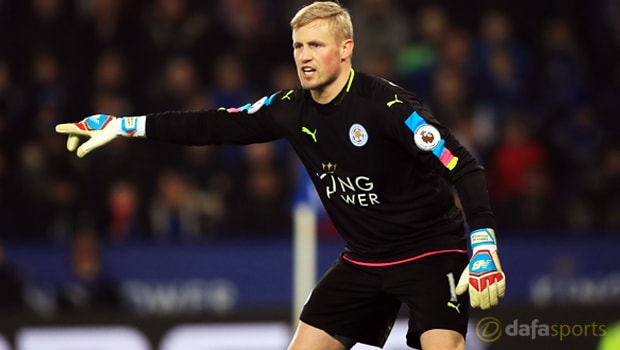 Leicester keeper Kasper Schmeichel concedes the champions are in a real fight to avoid the drop after Sunday’s 3-0 defeat at home to Manchester United.

The Foxes sensationally claimed the Premier League title last season but Schmeichel admits their defence of the trophy has been “terrible”.

Leicester have collected just 21 points in 24 games and they sit just one point clear of the bottom three.

“Every player is hurting. It’s not a situation that is comfortable. It’s time for everyone to stand up and be counted because if we don’t we’re going to end up getting relegated.”

The King Power Stadium side have collected just one point since the turn of the year and are yet to score in the Premier League in 2017.

Their form has led to speculation the club could decide to part company with title-winning manager Claudio Ranieri, but the Italian himself has stressed he retains the support of the squad and vowed to continue to “fight”.

Leicester’s hopes of survival have also been dented by revivals from both Sunderland and Hull in recent weeks.

The Blacks Cats remain bottom of the table but have managed four points from their last two games, against Tottenham and fellow strugglers Crystal Palace.

Hull are a point adrift of safety after an impressive four-point haul from their recent clashes with Manchester United and Liverpool.