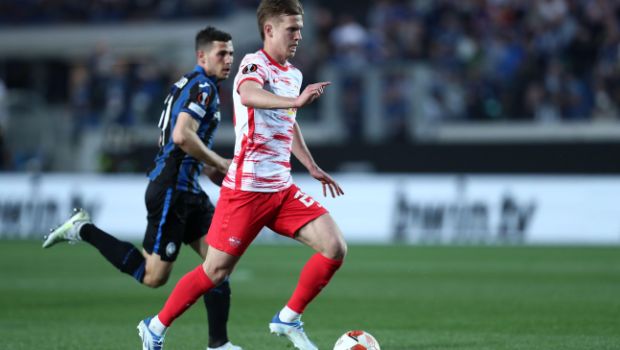 It is not over for the former champions Germany at the FIFA World Cup 2022 as they remain in the race for a Round of 16 spot. Germany managed to finish a 1-1 draw against Spain at Al Bayt Stadium on Monday. Substitute Niclas Fullkrug scored a much-needed equalizer towards the end and salvaged a vital point for Germany to keep their hopes of advancing further alive. The result of the game gave the four-time champions one point to stay alive in the tournament. On the other hand, Spain consolidated their top position in the Group E standings with four points.

This is the first time Germany has ever failed to win either of its first two games at a World Cup. Spain, who hit seven goals against Costa Rica in their opening game, looked dangerous and played an attacking game from the start. Spain missed a good chance to score an early opener in the 7th minute. Gavi carried the ball to the edge of the box and passed it to Pedri, who then played it to Dani Olmo. Olmo tried a long ranger which hit the woodwork.

Germany, who failed to capitalize on any attacking opportunity, had a good chance to turn around their World Cup fortunes but Serge Gnabry smashed a shot wide of Unai Simon’s far post in the 25th minute. Spain played as the better of the two teams but failed to find the net. Germany scored an opener in the 40th minute through Antonio Rudiger, but the goal was ruled out for offside after a VAR check. Both teams ended the first half goalless.

Germany started to play a counter-attacking game in the second half. Gundagon passed the ball to Joshua Kimmich, who had an excellent chance to shoot from just inside the penalty area. But Spain goalkeeper Simon produced an impressive save to deny the opening goal for Germany.

Spain attacked along the left flank and Jordi Alba delivered a lovely near-cross to Alvaro Morata. The Atletico Madrid striker cleverly flicked it over Neuer to score the opener for the Spaniards in the 62nd minute.

With time running out on Flick’s side, Fullkrug had the ball in the penalty area and he completed it with a fine finish, blasting a beautiful strike past Simon, who was unmoved with both hands raised. Germany can advance to the knockout stage with the most ideal being a win over Costa Rica and a win by Spain against Japan on Thursday.