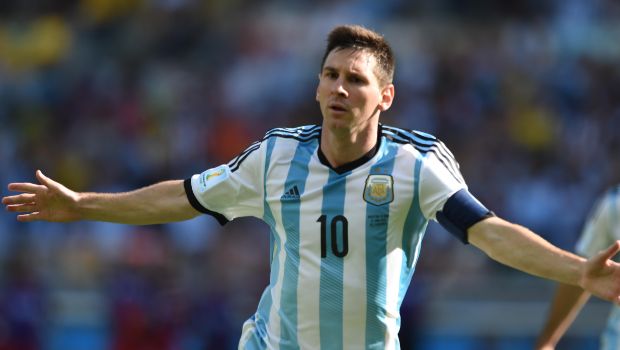 Lionel Messi’s epic tale with FC Barcelona is not over as president Joan Laporta has opened the door back for the Argentine player who spent most of his footballing career at Camp Nou in Barcelona, Spain. Earlier in 2021, Messi’s emotional farewell came as a shock for all the football fans as he joined Paris Saint-Germain last summer after his tearful speech at the iconic stadium. FC Barcelona was unable to hand him a new contract due to the financial situation and La Liga’s strict salary cap last summer. As a result, the 35-year-old Argentina captain parted ways with Barca when his contract expired on June 30, 2021.

Clearly, the Club where Messi played since he was just 12, did not want to let the seven-time Ballon d’Or holder leave but everyone had to accept the reality that Messi had signed a two-year deal with the French club PSG.

Even after winning the Ligue 1 with PSG in his first season, Messi’s struggle in France is something that no one cannot ignore. Messi eyes to find ways to get back to the club where he played for more than 15 years. While PSG is willing to sign the left-footed magician with an extension contract, Barca President Joan Laporta has opened the door for him.

Laporta hopes that Leo Messi’s incredible story with FC Barcelona is not over yet. Laporta admitted that the door is still open and it is the club’s responsibility to make sure it has a more beautiful ending than it was. He further added that as Barca president, he feels indebted to Messi.

The Football world knew that it all happened under Laporta’s watch when Messi left the club. A day of sadness loomed over all the Barcelona city due to Messi’s departure. Laporta concluded that he did what he had to do. But on a personal level and also as president, Laporta thinks he owes Messi. FC Barcelona manager Xavi tweeted that the doors will always be open here at Barca for Messi. Xavi added that Messi deserves a big tribute.

GOAT Messi’s performance on the field was nowhere near his ‘extraordinary’ level last season with PSG as Real Madrid thumped his side out of the UEFA Champions League. The Argentine forward managed to score just 6 goals for PSG in Ligue 1 in his 27 appearances. Last season was by far Messi’s worst season in the last 10 years. Not to forget, Messi is the man with most Ballon d’Or.