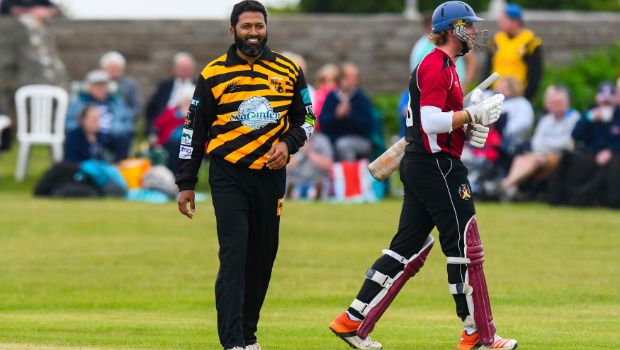 Men in blue are ready to put their bench strength to the test yet again when they face the West Indies in a three-match ODI series starting today. Shikhar Dhawan will be leading India only for the second time in a tour. The absence of Rohit Sharma means that Dhawan will have a new opening partner in the ODI series. Rohit and Dhawan did put up an unbeaten 114-run stand in the first match against England, but they could not make much of a dent in the second and third matches of the series.

Former test opener Wasim Jaffer has said that Ruturaj Gaikwad should make his ODI debut and open with Shikhar in the West Indies series. Jaffer emphasized Ruturaj’s strong List A record as an opener. Highlighting the 25-year-old batter’s excellent form in Vijay Hazare Trophy, where he scored four tons in five matches, Jaffer feels that Ruturaj deserves a chance to prove his quality.

Jaffer also pointed out that playing this youngster will keep the left-right opening combo intact. During the Vijay Hazare Trophy, Gaikwad scored 603 runs in just five innings at a stunning average of 150.75. But he has often struggled to transfer that form into his international career.

Gaikwad gained fame for playing a key role in winning the IPL 2021 title for Chennai Super Kings. Earlier, Gaikwad was given the chance to show off his abilities in the five-match T20I home series against South Africa. Gaikwad is currently behind Shubman Gill and Ishan Kishan in the pecking order.