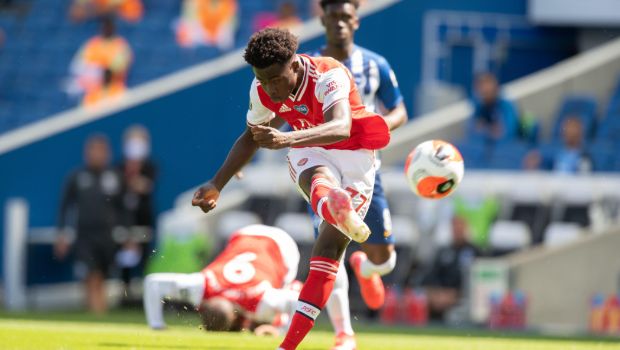 Liverpool registered an inspired 2-0 win against Arsenal at the Emirates. Liverpool recovered from a goalless draw in the first leg and advanced to the final at Wembley. Two goals from Diogo Jota made the difference and helped the Reds to seal a spot in the Carabao Cup final clash with Chelsea. The Reds will play the Blues in the 2022 League Cup final on 27 February.

After playing out a 0-0 draw at Anfield in the first leg, there was everything to play and both teams gave their best on the field. Arsenal had conceded 43 goals in 16 games across all competitions against the Reds. However, the Gunners started very brightly in the first ten minutes. But it slowly fell apart, after Liverpool’s tactical prowess and superior skills wrestled back.

Bukayo Saka won an early free-kick just outside the box. Alexandre Lacazette smashed a delightful shot towards the top right, but the Reds goalkeeper Caoimhin Kelleher deflected it onto the post. Though the Reds had a jittery start, they used their chances to great effect. Joel Matip’s goal on the 13th minute was ruled out after VAR confirmed it to be offside.

The game began to slip from the Gunners when the Reds scored the opener out of nothing. Alexander-Arnold slipped in a pass down the left for Jota, who cut inside and ran left to right across the face of the goal. Arsenal defenders gave too much space for Jota to find an angle. Finally, he dribbled into the bottom left of the net from just outside the penalty box.

Lacazette had a great chance to level the scores, with just Kelleher to beat, but he powered his shot high and over the bar. Liverpool doubled their lead in the 77th minute. Alexander-Arnold creamed a cross in from the right. Jota got the better of Ben White and the out-rushing Ramsdale. Jota chests down and chipped over the keeper to find the net. The Reds got their second after a long VAR review for offside.

Arsenal was reduced to 10 men towards the final ten minutes when Thomas Partey received a second yellow card within three minutes. He came only in the 74th minute as a substitute for Emile Smith-Rowe.

The Reds will look to extend its League Cup record. Liverpool along with Manchester City has won the Cup on eight occasions. Thomas Tuchel’s experience of playing in the finals might help his side to edge Chelsea and win it for a record ninth time.