WTA Finals: Caroline Garcia outclassed Sabalenka to be crowned as the queen of Fort Worth

Posted by Dafabet Sports on November 9, 2022 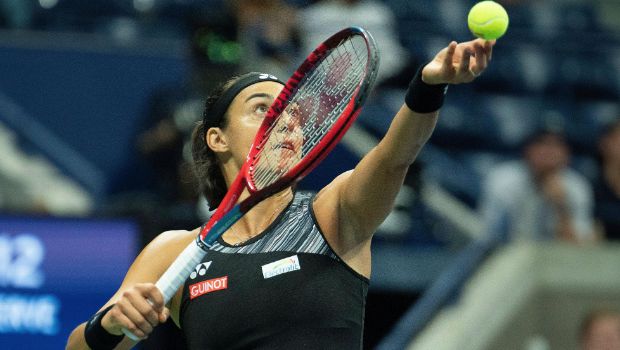 Caroline Garcia is the new queen of Fort Worth. French player Garcia defeated the Belarusian Aryna Sabalenka in straight sets 7-6 (7-4), 6-4 in the summit clash to win the WTA Finals. Garcia, who was the 2022 U.S. Open semifinalist, has achieved an amazing record after registering a memorable win against Sabalenka in a closely fought-contest. Garcia, who was outside the top 70 in June, will now be ranked no.4 in the world. With this remarkable win, Garcia became the first Frenchwoman to lift the WTA title after Amelie Mauresmo achieved the feat in 2005.

The 29-year-old Garcia is also the oldest to win a WTA title after Serena Williams lifted the trophy in 2014. Both players played some brilliant tennis and gave their best in a battle that was fought for one hour and 40 minutes. The first set was dominated by the service turnovers as both players produced a clinical performance, not conceding a single break.

The first set was poised at 5-5 and later went into the tiebreaker. Garcia struggled a bit against the Belarusian star, who had a two-point advantage in the tiebreaker. However, the French player came back strong to claim six consecutive points. Garcia turned the tiebreaker in her favor and won it by 7-4.

Unlike the opening set, Garcia immediately broke the balance by breaking Sabalenka’s serve in the opening game. The second set was also played as a close affair and when the score line was 5-4 with a championship point, Sabalenka sent Garcia’s backhand out of the court, which made the French star clinch the title.

Despite her late-season form, Garcia was not considered one of the favorites for the WTA Finals, yet she was the last woman standing tall with the trophy after defeating Sabalenka in the final. Winning the WTA Finals title, Garcia collected a cheque of $1.57 million and added 1,375 points to her rankings to move up in the ATP rankings.

After winning the match, Garcia admitted that it was an amazing final and there was so much intensity on every single point. Garcia expressed that she is very proud of herself for keeping her mind calm and really focused on one game at a time. To all the people I have been able to share the past with this trophy and took positives from all the experiences, said the Frenchwoman. Meanwhile, Sabalenka heaped praise on Garcia. I really hate you right now Caroline, Sabalenka joked before lauding her.

Wonder Woman Harlen Deol’s ‘catch of the year’ turns into a range
India vs West Indies : Rohit Sharma get his next 100
1st T20I Ind vs Ban: Mushfiqur Rahim registers 1st ever win against India in T20I