CSK top the points table after defeating SRH by 7 wickets 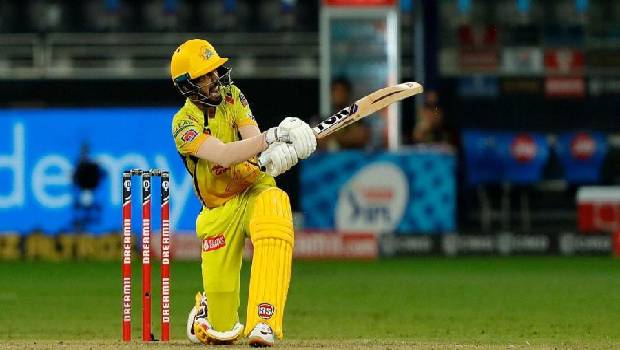 A half-century between openers Ruturaj Gaikwad and Faf Duplessis and a century partnership between the two helped CSK to beat SRH by 7 wickets. This is CSK’s 5th victory from the 6 games and with 10 points they top the points table.

Chasing the 172-run target CSK scored 129-run for the first-wicket partnership between Gaikwad (75) and Duplessis (56). CSK scored 173 runs for 3 wickets in 18.3 overs and won the match easily. For Sunrisers, Manish Pandey scored 61 runs in addition to a 106-run partnership for the second wicket with Warner (57). While Kane Williamson (26) and Kedar Jadhav (12) batted well as the team added 89 runs in the final 8 overs.

CSK who came out to chase the target got a stormy start from their opening duo. SRH’s Rashid Khan gave his team the breakthrough which brought Moeen Ali (15) but the bowler prevailed as he dismissed Faf and Moeen in the same over. Suresh Raina (17*) and Ravindra Jadeja (7*) came on to bat and helped CSK cross the line comfortably.

Earlier Johnny Bairstow was lucky on the second ball of Deepak Chahar’s innings when his catch was dropped by Dhoni, but Bairstow was later dismissed quickly. For CSK Lungi took 2 wickets and Sam Curran took 1 wicket while other bowlers were unsuccessful. Asides from strong batting CSK also displayed splendid performance in fielding which allowed them to restrict from scoring many boundaries.