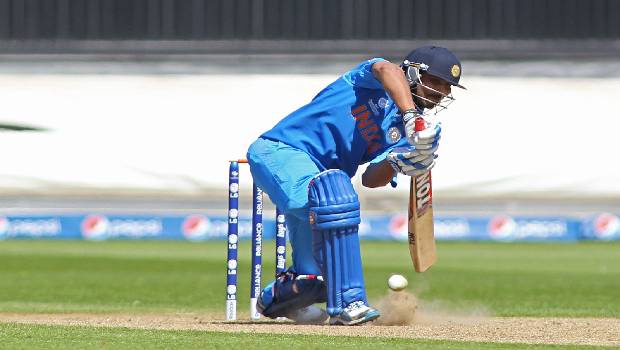 Chennai Super Kings defeated Kolkata Knight Riders by two wickets in a nail-biting match at Sheikh Zayed Stadium. A resilient KKR fought till the very last ball, but a brave CSK held their nerves to win the game. Ravindra Jadeja played a stunning cameo (22 off 8 balls) at the end and helped CSK clinch the victory in a last-ball thriller. Sunil Narine pulled off things in the last over by conceding just 3 runs in 5 balls, but Deepak Chahar hit the winning run in the final ball.

After electing to bat first, KKR lost two wickets inside the power-play. Rahul Tripathi played freely and scored runs with a good strike rate. Jadeja cleaned him up for 45 runs. Explosive batsman Andre Russell went back for 20 after Thakur bowled him. It seemed that KKR would finish inside 150 in their 20 overs. But Nitish Rana and Dinesh Karthik played well under pressure and ensured to set a defendable target.

While Rana remained unbeaten on 37, Karthik contributed 26. Hazlewood and Thakur picked up two wickets each for CSK. Chasing a target of 172, CSK openers Gaikwad (40) and du Plessis (43) gave an excellent start by scoring at a run rate of 9. But KKR bowlers pulled back things by picking up four wickets in no time.

Jadeja smashed two sixes and two fours in the penultimate 19th over and released the pressure on CSK. But Narine bowled well to dismiss Sam Curran and Jadeja in the final over. Finally, CSK recorded a memorable win and reclaimed the top spot. Ravindra Jadeja received the player of the match award.