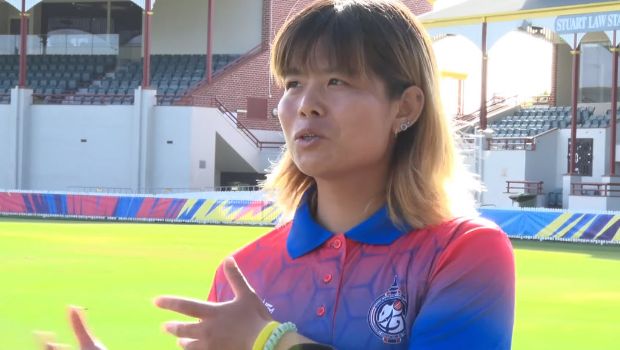 Thailand Women’s team scripted history by qualifying for the semi-finals of the ongoing Asia Cup 2022 for the first time after Bangladesh suffered a major setback. Bangladesh’s last league game against UAE on Tuesday was washed out due to rain. Bangladesh, the defending champions and hosts, needed two points to finish fourth and take the last available semi-final slot, but they got only one point from the abandoned game and finished fifth on the points table.

Bangladesh won only two out of their six games in the multi-team tournament, while Thailand secured three victories. They defeated the UAE, Malaysia, and most importantly, Pakistan to finish with six points. The biggest surprise in the continental event was Thailand defeating Pakistan. That brought a major turn in the tournament, and it served as one of the major reasons behind Thailand’s qualification for the semi-finals.

Thailand lost their first two games of the tournament against Bangladesh and Sri Lanka but bounced back stronger to beat Pakistan in the next game. Thailand then secured another win by defeating the UAE team by 19 runs. The Naruemol Chaiwai-led Thailand bagged their third consecutive victory when they defeated Malaysia.