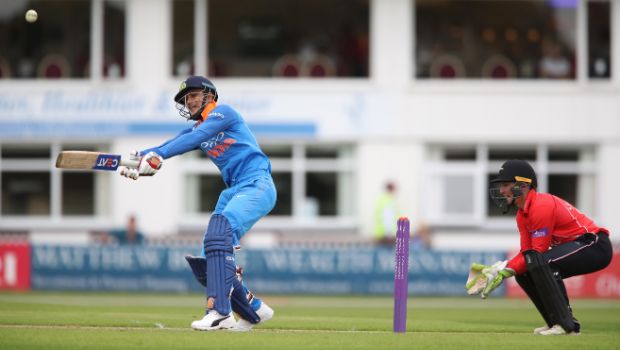 India defeated South Africa by 7 wickets in the series-deciding ODI at Arun Jaitley Stadium on Tuesday. Men in blue produced an all-around performance and stormed to a fifth successive series win. A brilliant run chase by the Indian batters helped them to clinch the series 2-1. Chasing a paltry 100 runs, Indian opener Shubman Gill top-scored with an excellent knock of 49-runs while Shreyas Iyer remained unbeaten on 28.

After deciding to bowl first, Indian bowlers steamrolled the South African batters and never allowed them to find their momentum. Washington Sundar initiated the breakthrough by dismissing Quinton de Kock early on 6. Mohammed Siraj then removed Janneman Malan (15) and Reeza Hendricks (3) in his consecutive overs.

Aiden Markram also failed to make an impact and departed for just 9. Sundar then cleaned up stand-in captain David Miller on 7. Heinrich Klaasen single-handedly tried to steady the Proteas’ innings but Shahbaz Ahmed bowled him out for 34. Kuldeep Yadav then ran through the tailenders and took quick wickets.

Indian spinners combined to bowl the Proteas out for their lowest ODI total against India and fourth-lowest in the format. Kuldeep starred with figures of 4/18 while Siraj, Sundar, and Ahmed bagged two wickets each.

In reply, Shikhar Dhawan and Gill got India off to a solid start. Dhawan departed on 8 while Gill played his shots with freedom to score quick runs. Ishan Kishan (10) failed to score big. In the end, the man in form, Iyer smashed a six to seal the match.