Posted by Dafabet Sports on November 2, 2022 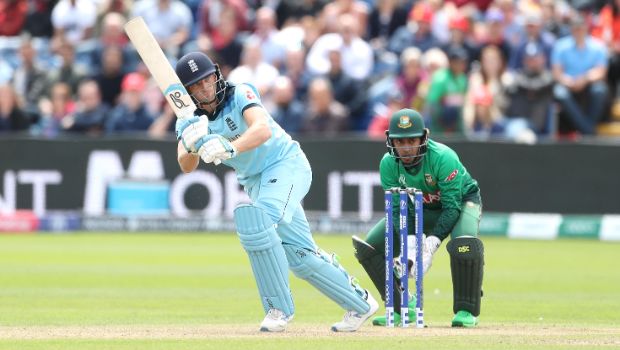 England defeated New Zealand by 20 runs in a must-win Super 12 match of the T20 World Cup in Brisbane. Jos Butler-led men held their nerve to edge past New Zealand at the Gabba and kept their hopes of reaching the semi-finals very much alive. England bowlers successfully defended 179 against the Black Caps to overtake Australia and grabbed the second spot in Group 1 points standings as the race for the final two positions heats up down under.

The English men needed a win with a good margin to stay in the tournament and they produced a clinical performance with skipper Butler leading from the front with the bat. Batting first, Butler gave his side a solid start by adding 81 runs for the opening wicket with Alex Hales. Hales supported his captain well by scoring 52 off 40-balls before Devon Conway stumped him.

Liam Livingstone chipped in with a crucial 45 runs partnership with Butler and departed for 20. After being dropped twice, Butler went on to play a well-paced knock and smashed a stunning 73 off 47-balls. Butler played the captain’s knock and led his side to a competitive total of 179/6 in 20 overs.

New Zealand in response could only muster 159/6 in 20 overs. The opening duo of Finn Allen (16) and Conway (3) failed to give a good start for their side and departed early for low scores. Glenn Phillips, who scored a 36-ball 62 gave England some nervy moments. He stitched a 91-run stand with skipper Kane Williamson for the third wicket. Williamson scored 40 off the same number of balls.

England had been dumped out of last year’s T20 World Cup by New Zealand at the semi-final stage after their death bowling flopped but there was no repeat in Brisbane.

With England’s win, Group 1 table looks red hot. New Zealand, England, and Australia are leveled on five points after playing four matches each. The Black Caps sit at the top with a net run-rate (NRR) of +2.233, followed by England, who has +0.547 NRR. Defending champions Australia is placed third with -0.304 NRR.

Australia faces Afghanistan and New Zealand meets Ireland in Adelaide on November 4 (Friday) before England takes on Sri Lanka in Sydney on Saturday. If all three teams win as expected, then the top two spots will be decided on the net run-rate, with Australia having the most to do as its NRR is very low.

IPL 2022: It’s great if I can play for CSK, says Dinesh Karthik
IPL 2019: Exclusive - Rajasthan Royals can be champions this season - Jofra Archer
KL Rahul opens up on making come back to the Indian squad