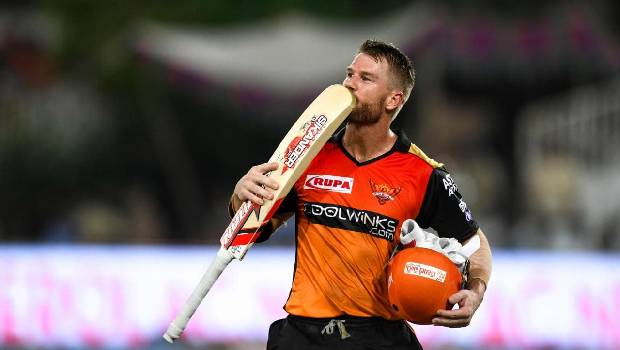 On Thursday’s match, Sunrisers Hyderabad defeated Kings XI Punjab by 69 runs. After the blazing batting of David Warner, Johnny Bairstow, Rashid Khan took 3 wickets for 12 runs in 4 overs. With the help of which Hyderabad succeeded in achieving such a big victory.

SRH’s captain David Warner chose to bat after winning the toss. At the end of the first inning, SRH scored 201 for 6 wickets. Chasing the target, the Punjab team was all out for just 132 runs in 16.5 overs. Nicholas Pooran from Punjab scored a half-century in 17 balls and ended up scoring 77 runs.

Rashid Khan was the most successful from Sunrisers Hyderabad. He took 3 wickets while throwing an over maiden. Apart from Rashid, Khalil Ahmed and Natarajan each took 2 wickets. Abhishek Sharma scalped a wicket in his name. Mayank Agarwal and Glenn Maxwell were unable to contribute much as they were run out.

In this match, SRH’s openers David Warner scored 52 off 40 balls and Johnny Bairstow scored 97 off 55 balls. Apart from them, Kane Williamson scored 20 runs in 10 balls and Abhishek Sharma 12 runs in 6 balls as both remained in the crease.
Punjab’s Ravi Bishnoi took 3 wickets, Arshdeep took 2 wickets and Mohammed Shami 1 wicket. This is Hyderabad’s third-biggest win in the tournament’s history in terms of runs. SRH’s biggest win came when they defeated RCB by 118 runs in 2019.

MS Dhoni, Virat Kohli didn’t support me like Sourav Ganguly did: Yuvraj Singh
IND vs ENG: India was on top of the game, says Virat Kohli
A Battle between top two teams in the points table to seal off a play-off berth