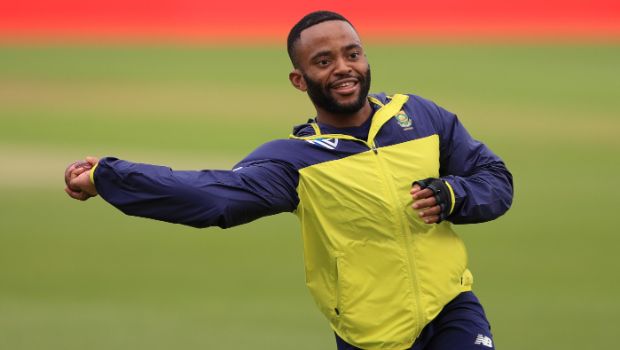 South Africa’s white-ball captain Temba Bavuma admitted on Thursday that he is disappointed after he was not picked by any team in the recently concluded inaugural SA20 league auction. The 32-year-old batter said he was expecting a lot to play a role in the newly-formed league but was left disappointed when no one came in for him.

After failing to attract a bid in the auction, Bavuma said he felt down when he was not picked in the auction. The Proteas skipper expressed that he would be lying if he said that he did not have any feelings of disappointment. He certainly was expecting to get a role in the tournament. And it’s not just himself, it’s his family as well who are so disappointed.

Bavuma added that there are feelings of almost being let down in a way. The top-order batter stated that it’s probably not the right time to speak more about it. Bavuma concluded that his focus now is on the India tour and the T20 World Cup. Bavuma and all-rounder Andile Phehlukwayo were the only members of the India-bound squad who were not bought during the SA20 auction.

Both had set a base price at Rand 850,000 ($48,000) but none of the other current national squad players were bought for less than 1.5 million Rand. The other shock from the auction was South Africa’s test captain Dean Elgar was also not picked by any team. Two players not in the touring party of India, batter Donavon Ferreira and fast bowler Sisanda Magala, also attracted buyers.

South Africa’s head coach Mark Boucher backed his captain and said the team understood the situation around him. Boucher admitted that Temba is their leader, the team management backs him 100 percent, and all can see the energy around him. Boucher concluded that going into a big tournament like the World Cup Bavuma will be a massive part of our team.

South Africa will face India in a three-match T20I series and a three-match ODI series in preparation for the upcoming ICC Men’s T20 World Cup. The Proteas will play the first T20I of the series on September 28.