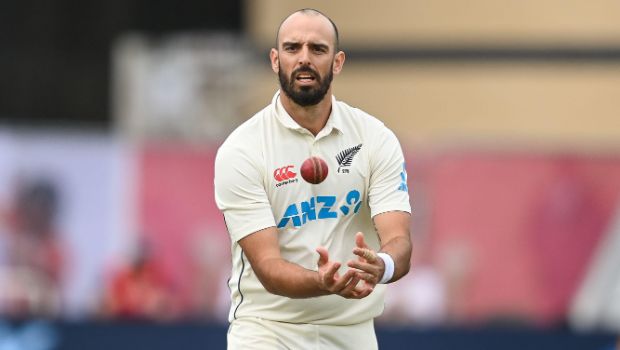 Pakistan made it to another final of the T20 World Cup with a dominant 7-wicket win over New Zealand in the first semi-final of the ongoing tournament. Pakistan now awaits either India or England in the big final that will be played on November 13 at the MCG. Pakistan played a complete cricket and raised their game level at the right time to outclass the Black Caps and sealed their berth in the final. When all thought that Pakistan would be knocked out of the tournament after their losses against India and Zimbabwe at the starting stage, the men in green turned things in style to clinch victories over the Netherlands, South Africa, and Bangladesh, with some luck too on their side.

A brilliant bowling performance from the Pakistan bowlers helped their side to restrict New Zealand to a below-par 152/4 in 20 overs. Daryl Mitchell played the starring unbeaten knock of 53 off 35 balls. Though the Kiwi skipper Kane Williamson scored 46-runs, it was not hit with a good strike rate. For Pakistan, pacer Shaheen Afridi scalped two wickets while Mohammad Nawaz picked up one.

During the chase, Babar Azam and Mohammad Rizwan took on the Kiwi bowlers from the start and added 55 runs in the powerplay overs. Skipper Babar Azam was criticized heavily for his poor form, but he silenced many with his century stand alongside Rizwan. Azam was dropped by Devon Conway when he was on a duck and he made full use of it before losing his wicket to Trent Boult on 53. Rizwan top-scored with an eye-catching knock of 57 while Mohammad Haris chipped in with 30 runs.

If England makes it to the summit clash and Pakistan beat them, the Men in Green will indeed repeat the heroics of the 1992 World Cup. But India is a big hurdle against them. The cricket world expects an India-Pakistan battle in the Finals, which would be a great treat to watch.

Day-Night Test Match is Permitted by BCCI President Sourav Ganguly
India seeks a bowling balance in a must-win game against Sri Lanka
IPL 2022 playoffs: 3 reasons why Gujarat Titans may not win the qualifier 1