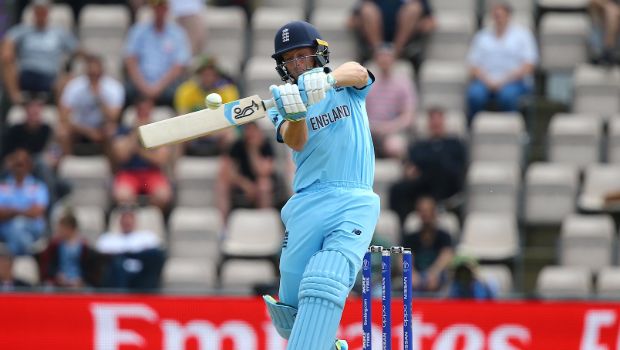 Dominant Rajasthan Royals steamroll Sunrisers Hyderabad by 61 runs in their season opener at MCA Stadium. Chasing a mammoth 211, Sunrisers managed to score 149/7 in 20 overs. Brilliant bowling from the Royals collapsed the Sunrisers’ top-order to put them under pressure from the start. Aiden Markram fought a lone battle for Sunrisers and remained unbeaten on 57. Yuzvendra Chahal was the pick of the bowlers for the Royals with figures of 22/3.

Jos Buttler and Yashasvi Jaiswal gave RR a solid start after they were invited to bat first. The opening pair added 58-runs in six overs before Jaiswal (20) was dismissed by Romario Shepherd. Umran Malik then dismissed Buttler who batted well for his 35-runs. RR skipper Sanju Samson alongside Devdutt Padikkal added 73 for the third wicket.

Samson showed sheer class and played excellent shots to bring up his half-century. However, Padikkal was cleaned up by Malik on 41. Very soon, Bhuvneshwar Kumar removed Samson who looked very dangerous. Shimron Hetmyer then played a late cameo of 32 in just 13 deliveries and helped his side to post 210/6.

In response, Sunrisers got off to the worst possible start as Prasidh Krishna and Trent Boult combined to rattle the top-order. Skipper Kane Williamson was dismissed on 2, while Rahul Tripathi and Nicholas Pooran went back for a duck. Markram and Shepherd showed some resistance and added 41-runs for the sixth wicket.

However, Chahal bowled out Shepherd for 24-runs. Washington Sundar along with Markram added 55-runs towards the end. Sundar smashed 40-runs in 14 balls, but that was not enough for Sunrisers to reach the finish line.