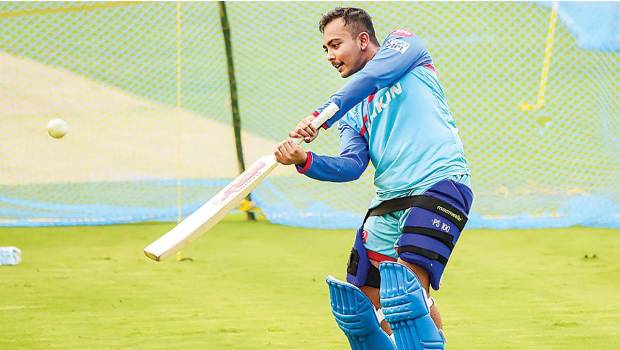 It seems like the Indian skipper Virat Kohli has planned a mixed age group of players for the Test and ODI games ahead. Rohit Sharma who suffered a calf injury in the 5th T20i match was replaced with Mayank Agarwal for the ODI series.

Prithvi Shaw who had played Test matches before is to bat the ODI along with Mayank Agarwal. Shaw a suspended young batsman resumes the game later in November 2019 after the doping complaint placed on the young cricketer. The ODI top-order batsmen are Agarwal, Prithvi Shaw, Kohli, and Shreyas Iyer.

Shaw on returning had batted against New Zealand A team after nursing a shoulder injury and took part in the Ranji Trophy 2019-2020 series for the Mumbai team. Prithvi Shaw scored 202 runs against the Baroda team and created a record. Shaw was also named for the Test series against Kiwis.

India touring the New Zealand for 3 formats where India whitewashed the first one, T20i’s against the team as 5-0 and the 2nd format, the ODI games are to begin against the Kiwis. The 1st ODI game is beginning on February 5th at the Seddon Park cricket ground at Hamilton, New Zealand.

Indian women's cricket T20 : Whitewash against New Zealand
Shane Lee wants Rahane to captain the Test side
ICC World Cup 2019: How the Indian top-order has fared as compared to other teams