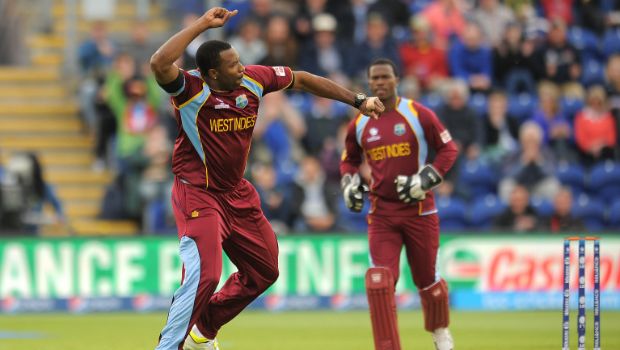 West Indies great Kieron Pollard on Tuesday announced his retirement from the Indian Premier League after spending 13 glittering years with five-time champions Mumbai Indians. One of the finest overseas star players to grace the IPL, Pollard made a tough decision to hang up his boots. The West Indian all-rounder took to social media to announce his decision, hours ahead of the IPL 2023 retention deadline. Pollard also expressed that he took the call after discussions with Mumbai team management over his role in the side.

Pollard was among the 13 players who were released by Mumbai Indians on the retention deadline day on Tuesday, November 15. The 35-year-old legendary T20 specialist was retained for Rs.6 crore ahead of the mega auction in 2022 but he was not in good form and failed to deliver with both bat and ball. The right-handed batter managed to score 144 runs in 11 matches at an average of less than 15 and a strike rate of 107.

In a statement, Pollard explained that it has not been the easiest decision to make as he will keep playing for a few more years, but he understands that this incredible franchise which has achieved so much needs to transition and if he is no longer to play for Mumbai Indians then he cannot see himself playing against Mumbai Indians either. Pollard added that once an MI always an MI. The West Indian concluded that he is immensely proud, honored, and blessed to have represented the biggest and most successful team in the IPL for the past 13 seasons.

Pollard was roped in by the Mumbai franchise back in 2010 after they were impressed a lot with his explosive hitting and all-round ability during the 2009 T20 Champions League. Mumbai Indians signed Pollard for $750,000 after battling it out with three other sides Chennai Super Kings, Royals Challengers, and Kolkata Knight Riders. The hard-hitting batter won five IPL trophies with MI in 2013, 2015, 2017, 2019, and 2020. Pollard scored 3412 runs with 16 fifties and picked 69 wickets, becoming one of the most prolific all-rounders the league ever witnessed.

Only a few talented players have featured in 100 or more games for a single franchise in IPL. Pollard stands second on the list, having featured in 189 IPL matches for Mumbai Indians. Pollard’s association with MI will continue as he will be working as the batting coach in IPL 2023. He will also play for MI Emirates in UAE’s ILT20.