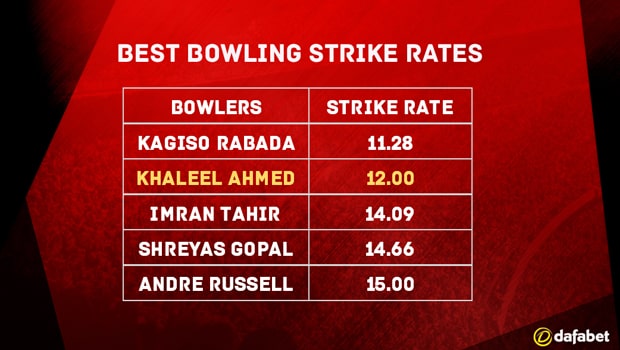 Until the beginning of this year, Khaleel Ahmed was one of the front-runners to seal the third seamer’s slot in India’s World Cup squad. He had an impressive series against the Windies at home and all he had to do now was to come up with some decent performances in the following tours of New Zealand and Australia. However, the rise of Mohammad Shami, along with Khaleel’s expensive outings in the few opportunities given to him on those tours, nullified whatever chances he had of making it to India’s World Cup squad.

However, it looks like the World Cup snub has fired him up pretty seriously and that is evident from the breathtaking performances he is delivering match-after-match for Hyderabad in the Indian T20 League. Khaleel is now the joint-highest wicket-taker for his side with 14 wickets alongside Rashid Khan, who has played six more matches than Khaleel’s tally of seven matches. In fact, he wasn’t at all a part of Hyderabad’s first team during the initial phase of the league. The poor performances of Siddharth Kaul and Sandeep Sharma paved the way for his return to the XI. The team management showed the faith in him and he has repaid them with his scintillating performances.

Khaleel’s strike-rate of 12.00 is now the second best among all bowlers in this season. With Bhuvneshwar Kumar struggling to pick up wickets, despite keeping things tight, it was important for Hyderabad to find a strike bowler. And they were blessed to find that in Khaleel.

His bowling average has been up there amongst the best as well. Among bowlers who have bowled at least 100 deliveries this season, Khaleel’s average of 16.14 is the third best. His economy of 8.07 might not be the best but he has always ensured to pick up wickets. 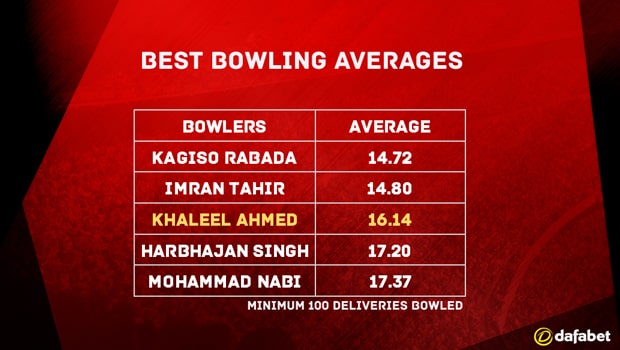 In fact, there has been a wide gap in quality between his performances and that of the other Hyderabad pacers. Most of them have struggled to pick up wickets both with the new ball and at the death. Khaleel meanwhile has been successful in both of those aspects. He has three 3-wicket hauls in the seven matches he has played so far and that in itself gives an idea about the impact he has created on the team. 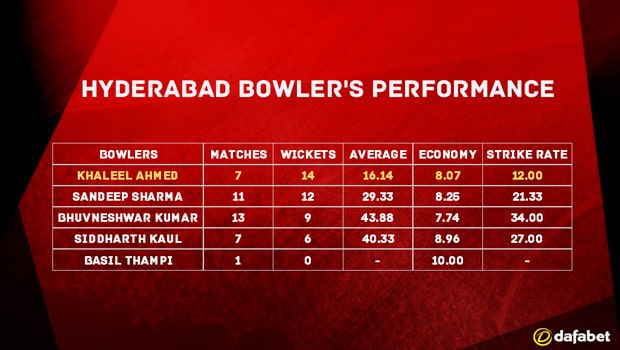 The upcoming match against Bangalore is a do-or-die match for Hyderabad. Their playoff qualification chances depend on the result of that match. So Khaleel’s performance will once again be of utmost importance to the team in such a crunch match.