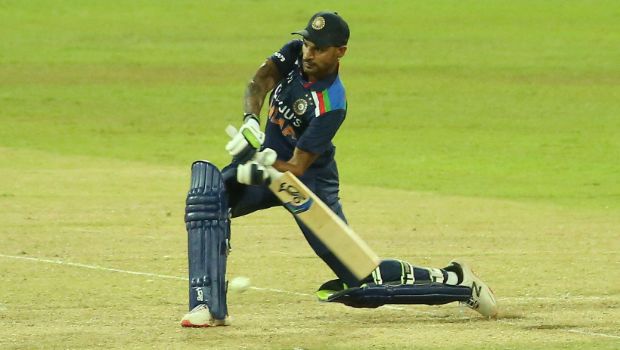 After opting to bowl first, CSK bowled well to reduce PBKS to 37/1 in the power-play. Dhawan and Bhanuka Rajapaksa batted slowly to steady their innings. Both the batters struggled to score runs in the first 10 overs. However, both changed their gears and played excellent shots to score runs quickly.

Both added 110-runs for the second wicket before Dwayne Bravo dismissed Rajapaksa on 42. Liam Livingstone gave PBKS a boost by playing a little cameo of 19-runs. Dhawan played anchoring innings and led Punjab Kings to a big total of 187/4 in 20 overs.

In reply, CSK had a poor and shaky start as Punjab bowlers did brilliant work to reduce them to 40/3 in 7 overs. Ruturaj Gaikwad and Rayudu gave some hope by adding 49-runs for the fourth wicket. Rabada gave a good breakthrough by dismissing Gaikwad for 30. Rayudu counter-attacked and changed the momentum by smashing more boundaries.

But he ran out of energy and got out on 78 to a visibly tired shot. MS Dhoni then came in and threatened to smash the required runs, but Rishi did well to keep his nerve as PBKS restricted CSK to 176/6.