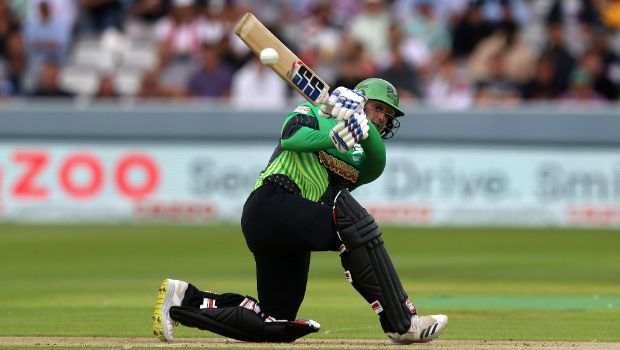 The 16th match of the Tata IPL 2022 will see Punjab Kings square off against Gujarat Titans. Battle between the IPL debutants Gujarat Titans and Punjab Kings will kick off today at 7:30 pm at the Brabourne Stadium, Mumbai. Both teams will eye to stretch their run of luck by grabbing on the momentum. Gujarat Titans has won both their matches and are placed comfortably at the 3rd place of the table with 4 points. Titans defeated Delhi Capitals by 14-runs in their last encounter.

On the other hand, Punjab Kings registered a commanding 54-run win over four-time champion Chennai Super Kings. However, the only worry for Punjab Kings over the years has been their consistency. The same continues in the 15th season also as Punjab Kings’ players fail to perform well consistently. If Punjab Kings players can change this myth, they can prove themselves as a strong opponent to any team.

Punjab Kings skipper Mayank Agarwal failed to deliver consistently well in last two games. However, Punjab Kings will be uplifted by the availability of English wicket-keeper batter Jonny Bairstow for their clash against GT. Bairstow proves to be a power-hitter at the top and can give an excellent start by scoring quick runs.

Punjab Kings’ middle-order has not batted well yet and they must stand up to the conditions to secure a win. Apart from Bairstow, inclusion of South African speedster Kagison Rabada makes Punjab Kings a solid team to fight strong. Spinner Rahul Chahar should combine with the pacer to hold the forte with the ball.

On the other side, Gujarat Titans appears to have a settled line-up with Shubman Gill and Matthew Wade at the top of the order. Gill would be the key batter for GT as he had performed well so far. The middle-order of GT’s batting line-up looks strong with the likes of skipper Hardik Pandya, David Miller, and Rahul Tewatia. If these three could find their rhythm, they would be a big threat for the opponent.

Gujarat Titans have a dangerous pace attack led by Mohammed Shami and New Zealand pacer Lockie Ferguson. Ferguson picked up 4 wickets in the last game by bowling short-ball deliveries to good effect. GT’s top-spinner Rashid Khan can change the game at any situation.

Looking into the pitch at the Brabourne Stadium, it assists both bowlers and batsmen. The short boundaries and a quick outfield are expected to thrill the batsmen. Gujarat Titans looks to be the favorite to win as they have quality players, who perform consistently well.