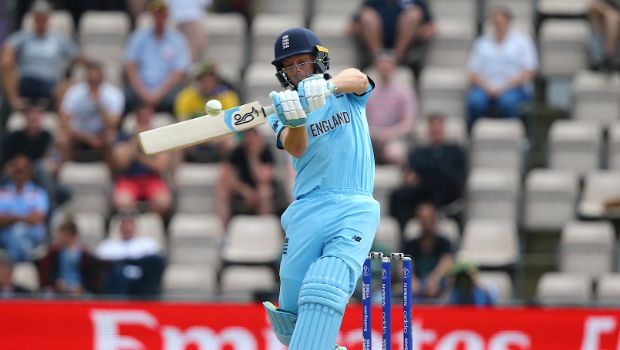 Rajasthan Royals will square off against Royal Challengers Bangalore in the 13th match of the IPL 2022. Both the Royals will play against each other for the first time in this season. The match is scheduled to start today at 7:30 pm at the Wankhede Stadium. Rajasthan Royals is currently placed at the top of the points table whereas Royal Challengers Bangalore is currently placed at the seventh spot.

RR has won two matches they have played so far in this season. On the other hand, RCB also played two matches in where they managed to win one game. RR played their last game against five-time champions Mumbai Indians and won it by 23-runs.

The pitch at Wankhede has always been a promising one for batting, and the smaller boundaries make the job even easier for the batters. Both teams would look to take early advantage as the Wankhede track has been aiding the pacers initially. There will be a massive dew factor and both teams would want to bowl first after winning the toss. With the super-fast outfield, high-scoring games are always on the cards at Wankhede.

For RR, opener Jos Buttler is in sublime form and can hammer any attack to submission, like he did on Saturday en route to a remarkable hundred. RR skipper Sanju Samson was unable to convert the start against MI. However, Samson would be keen to find consistency and lead from the front. Another important batter is West Indian Shimron Hetmyer, who has played useful cameos in both games. If RR’s top five get going, they can make things hard for the RCB bowlers.

On the other side, RCB opener Anuj Rawat needs to show consistency and give good support to his skipper Faf du Plessis. Du Plessis might be a threat for RR bowlers as he is looking in good form. If Virat Kohli can find his rhythm, he could trouble RR for sure.

When we look into the bowling unit, RR is unlikely to tinker with their combination. Trent Boult, Prasidh Krishna, and Navdeep Saini held their nerve and were right on the money against MI. Spinners Ravichandran Ashwin and Yuzvendra Chahal can turn the game and their contribution could prove decisive.
For Bangalore, Sri Lankan leg-spinner Wanindu Hasaranga will be the key bowler in stopping Samson and Co. Pacers David Willey, Akash Deep, and Mohammed Siraj, would need to come good again and deliver well. RCB’s death overs specialist Harshal Patel will have to be at his best to contain a powerful RR batting unit.