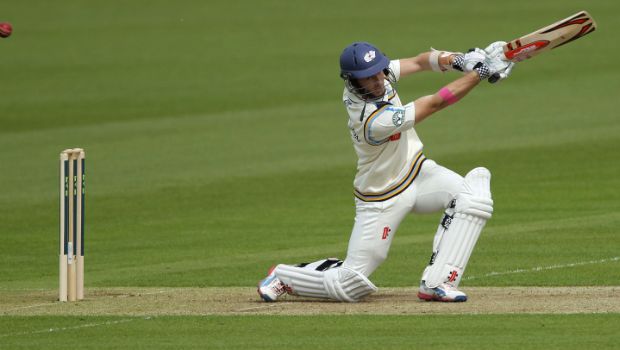 Sunrisers Hyderabad defeated Gujarat Titans by eight wickets to register their second win of the season. Chasing a target of 163, SRH skipper Kane Williamson played elegant innings and smashed 57-runs to give a good platform for his team. Nicholas Pooran played a little cameo towards the end to ensure the victory. Gujarat Titans faced their first defeat in the TATA IPL 2022.

After opting to bowl first, SRH made a good start by reducing GT to 47/2 in the power-play overs. Matthew Wade and GT skipper Hardik Pandya looked to steady their ship, but Umran Malik trapped Wade (19) LBW in his first over. David Miller’s poor form continued as he failed to find his momentum and score runs.

Abishek Sharma took a good catch to send him back to the dressing room. Though wickets kept falling, Pandya (50) played anchoring innings and guided his team to post a defendable total. Abhinav Manohar chipped in with 35-runs. SRH bowlers did a brilliant job and conceded just 44-runs in the last five overs. Bhuvneshwar Kumar and Natarajan bagged two wickets each.

In response, SRH opener Sharma and Williamson gave a bright start to their side. Both added 64-runs for the first wicket. However, Rashid Khan gave the initial breakthrough by dismissing Sharma for 42-runs. Rahul Tripathi supported his captain by adding 17-runs.

But he went back to the pavilion due to a cramp issue in his leg. Pandya brought his team into the game by dismissing Williamson on 57-runs. But Pooran stood steady and played some excellent shots to take SRH home.