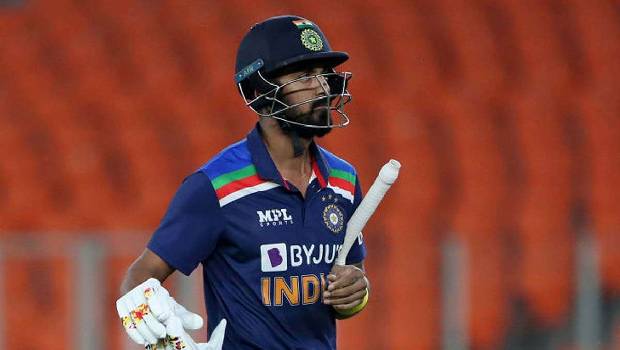 A three-day warm-up match is being played between India and County Select XI in Chester-le-street in Durham. Wicketkeeper KL Rahul’s century and all-rounder Ravindra Jadeja’s half-century were the treats to watch on the first day’s play. In the absence of injured Virat Kohli, Rohit Sharma captained the Indian Team. India scored a good 306/9 at stumps on day 1.

After winning the toss, India elected to bat first but the India top-order failed to score well as they lost the wickets in quick intervals. India lost both the openers Rohit Sharma (9) and Mayank Agarwal (28) inside the 50 run mark. Then the most trusted No.3 batsman Cheteshwar Pujara went out for 21 when he was stumped to off-spinner Jack Carson. Hanuma Vihari (24) did not last long in the field and got out by giving a simple catch to mid-off.

KL Rahul came into bat at no.5 and scored runs quickly with excellent shots that crossed the boundary ropes more often. Rahul knocked a deserved century (101) hitting 11 fours and a six. Rahul gave a reminder to the Indian team management by scoring the first-class hundred on an opening day. All-rounder Ravindra Jadeja adjusted to the conditions and played well for his 75. Both had a partnership of 127 runs for the fifth wicket.

Indian pace bowler Avesh Khan and all-rounder Washington Sundar represented the County Select XI since England Cricket Board was unable to make a playing XI team due to injuries and Covid-19. Avesh Khan left out the field after injuring his thumb.