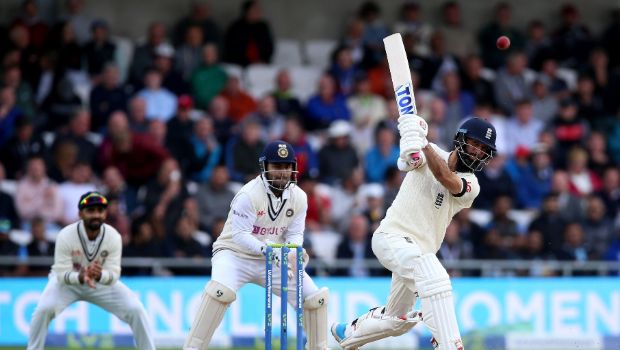 India beat New Zealand by 73 runs to secure a 3-0 clean sweep in the T20I series. Men in Blue outplayed the blackcaps and registered another comprehensive victory. Earlier, India registered a 5-0 win over the Kiwis on their soil in January 2020. Indian lower-middle order batted well and helped their side to reach a strong total of 184/7.

Chasing a target of 185, the blackcaps were bowled out for 111. Axar Patel was the pick of the bowlers for India with 3/9. Axar put pressure on the Kiwis by dismissing the top three batsmen. The Kiwis failed to recover from the setback and eventually lost the match.

After electing to bat first, Indian openers Rohit Sharma and Ishan Kishan gave an excellent start by scoring 69 runs in the power-play. The blackcaps skipper Mitchell Santner struck twice in the same and brought his side back into the game. He dismissed Suryakumar Yadav for a duck. Shreyas Iyer (25)and Venkatesh Iyer (20) played well in the middle overs.

Indian skipper Rohit Sharma top-scored 56 runs. Harshal Patel (18) and Deepak Chahar (21) played cameos towards the end to boost the score. During the chase, Axar stunned the Kiwis by removing Daryl Mitchell (5) in the third over. He scalped Mark Chapman for a duck in the same over. In his next over, Axar dismissed Glenn Phillips for a duck and put the Kiwis on the back foot.

Martin Guptill, who was in excellent form this series, played a blistering knock to score 51 runs. The Kiwis’ batsmen failed to bat sensibly and went back for single digits. Indian bowlers bowled well and took wickets at regular intervals. While Harshal finished with two wickets, Chahar, Chahal, and Venkatesh bagged one wicket each.