India beat Australia by 6 wickets to clinch the T20I series 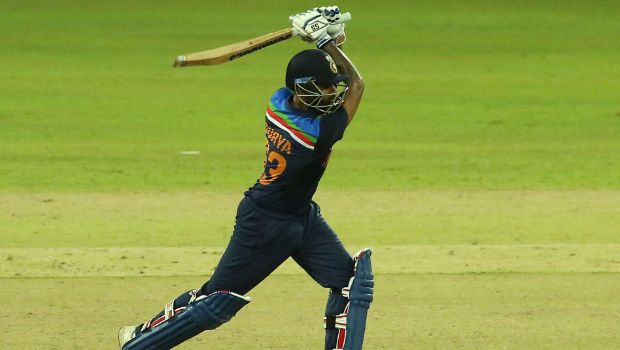 India defeated Australia by six wickets in the 3rd T20I at the Rajiv Gandhi International Cricket Stadium to clinch the series 2-1. Chasing a target of 187, Virat Kohli (63) and Suryakumar Yadav (69) struck brilliant half-centuries to put in a century partnership and made the chase an easy one. But Australia pulled things back in the death overs. However, Hardik Pandya successfully finished the chase with one ball to spare.

After being invited to bat first, Cameron Green started on an aggressive mode and gave Australia an excellent start with superb hits. But Australian skipper Aaron Finch departed cheaply for 7. Bhuvneshwar Kumar brought India back into the game by dismissing Green, who smashed 52-runs with a strike rate of 247.62.

India took the game away by picking up regular wickets and reduced Australia to 117/6. But Tim David single-handedly turned things with his brilliant batting skills. David scored 54 off just 27 balls and guided his side to post a defendable total of 186/7 in 20 overs.

In reply, India lost the openers KL Rahul (1) and Rohit Sharma (17) early. But Kohli and Suryakumar’s sensational 104-run stand for the third wicket, which came in just 62 balls, almost took the game away from Australia. Green himself played a big role with the ball in stemming the flow of runs but Kohli hit a six off the first delivery in the final over to give his team the impetus. Pandya then hit a boundary on the penultimate ball to take the hosts over the line.

Dinesh Karthik to don commentator's hat during match between India and England
Jasprit Bumrah and Rohit Sharma starred as India thrashed England by 10 wickets
BCCI calls Rahul Dravid and Rohit Sharma for a meeting to review India’s performance at the T20 Worl...