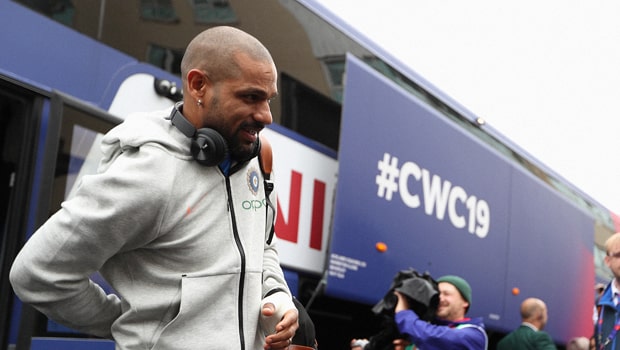 Hence, it was quite clear that he would be the key to India’s fortunes in World Cup 2019 as well. He showed that too with a scintillating century against Australia only in the second match of their World Cup campaign.

However, he injured his thumb during that breathtaking innings and was subsequently ruled out of the following fixtures after tests revealed there was a hairline fracture in his thumb. Now that it has been confirmed that his recovery will take time, which has ruled him out of taking further part in the tournament, the onus is on KL Rahul to step up and fill his void.

In fact, the Karnataka batsman is one of the finest all-format top-order batsmen in the country at the moment. Although he has been a regular name in India’s first team in Test and T20I formats, the exploits of Rohit Sharma and Shikhar Dhawan at the top of the order in ODI cricket, and his simultaneous failure to make an impact in the middle order, kept him out of the ODI team more often than not.

India kept giving him sporadic chances in the middle-order considering the immense talent he has. However, returns of only 100 runs in 8 ODI innings, batting between positions 3 to 6, at a meagre average of 16.66 seemed far from impressive.

However, he also batted at the top of the order in ODIs whenever either of Rohit or Dhawan were injured, or one of the two were rested. Interestingly, his numbers improve a lot at the opening position as compared to the middle order. He has amassed 337 runs in eight ODI innings at the top of the order. And those runs have come at an astonishing average of 67.4. It includes a century and three fifties as well, one of which came in the recent match against Pakistan.

His innings of 57 runs off 78 deliveries gave India a solid base to put on a massive total of 336/5 on the board and they went on to win the match by 87 runs (D/L method) as well. It was his first innings at the top of the order in nine months. Rahul had opened the innings in ODIs last in September 2018, against Afghanistan, during the Asia Cup. He had played a stroke-filled knock of 60 runs back then as well.

So, it is quite clear how much he relishes opening the batting. And nobody will stop him from doing that now in the remainder of the World Cup. India will be up against Afghanistan next on Saturday and he would be eager to get a big score under his belt.

It’s quite disappointing that we won’t see Dhawan plundering runs match-after-match in the rest of the tournament but Rahul has the potential to replicate the southpaw’s ICC tournament exploits. And if his numbers at the top of the order in the limited number of ODIs are anything to go by, he can do even better on getting regular chances at the same position.